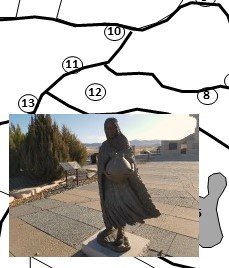 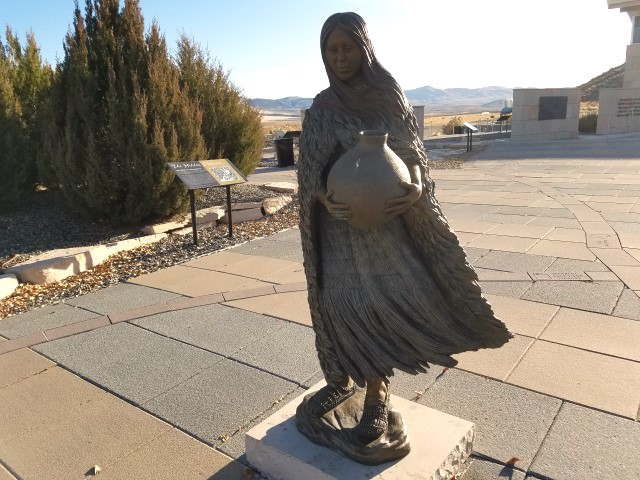 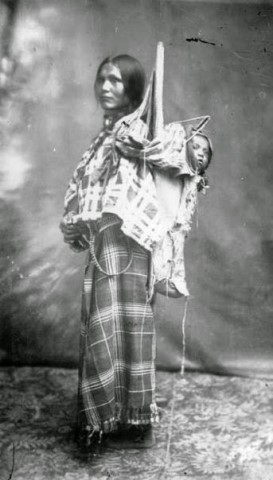 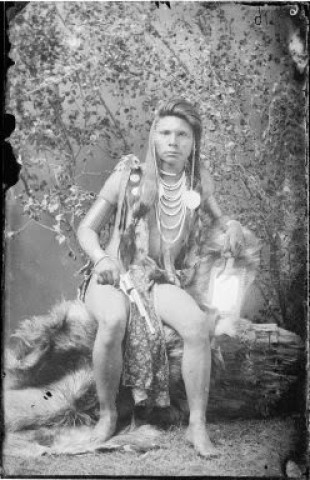 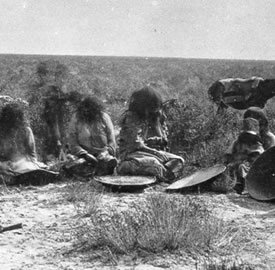 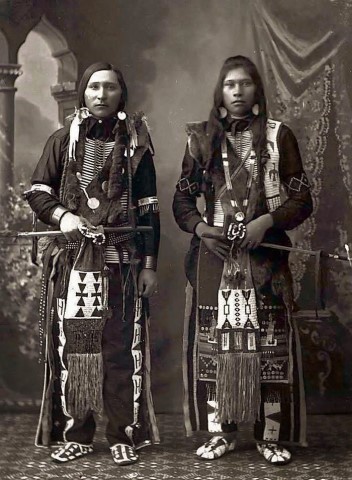 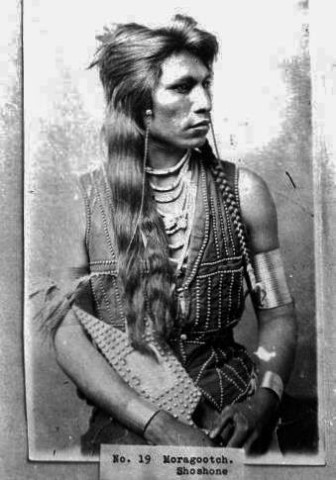 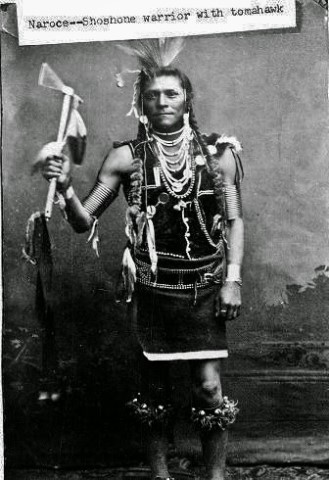 The origin of the word "Shoshone" is a mystery to the Newe. Newe is the Shoshone word for "the people." The label "Shoshone" was likely coined by Euro-American trappers or traders who encountered the Shoshone in the 1830s or early 1840s. The name stuck however and many modern Newe refer to themselves as Shoshone. The Western Shoshone occupied a large area from southern Idaho across eastern and central Nevada south to Death Valley California.

The Newe were placed in their Homeland by the Creator, Pia Sokopia (Earth Mother). Coyote was responsible for carrying the Newe across the Great Basin in a basket, periodically opening the basket out of curiosity which is when the beings jumped out and peopled the area in small groups. The Newe lived in extended family groups which included first cousins and grandparents. These small bands or groups were separated into valleys or areas large enough to sustain themselves with mostly local food sources but readily traded or shared resources with other bands. Their harvest and hunting areas often overlapped. The bands would gather together at certain times of the year like the pine nut harvest to sing, dance and celebrate the harvest or event, however they did not have a central organization and had no need for one.

The Newe had a healthy diet and moved around inside the boundaries of their valley or area to be closer to food resources. Various types of game were hunted to supplement their diet of pine nuts, berries, edible roots, and other collected food.

They were and are very spiritual people, guided by medicine men and women. These medicine people led healing ceremonies and provided spiritual guidance for their harvests, prayers, and other activities. Newe medicine people had extensive knowledge of pharmaceutical plants and healing concoctions.

The Newe did not have a written language but relied on oral tradition to pass along stories, histories, and other tribal culture and tradition. Newe tradition was passed down during winter storytelling. Stories included real events, humor, entertainment, and taught proper behavior to children.

They were basket makers. They used baskets (instead of pots) for all kinds of receptacles. You can see a number of different basket items in the Great Basin Room of the CTIC.

Information gathered from "The Road On Which We Came, a History of the Western Shoshone by Stephen J. Crum.