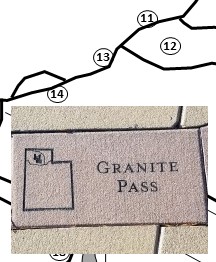 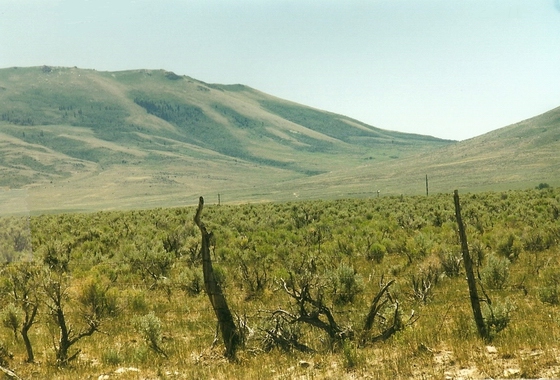 Near T-Marker C-11, the trail goes west up the valley to Granite Pass. Photo by Bob Black 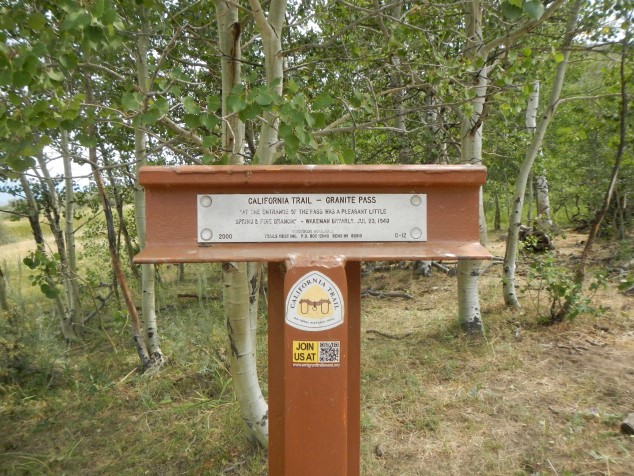 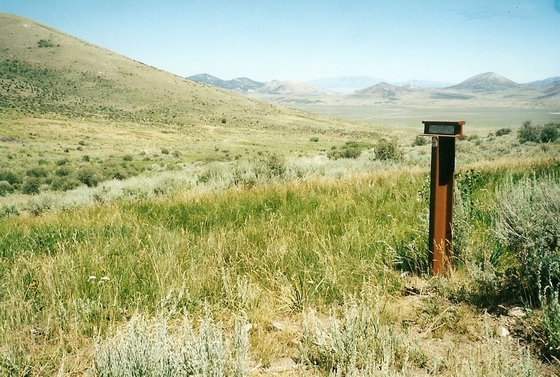 Looking east down the trail from Granite Pass and T-Marker C-12. Photo by Bob Black 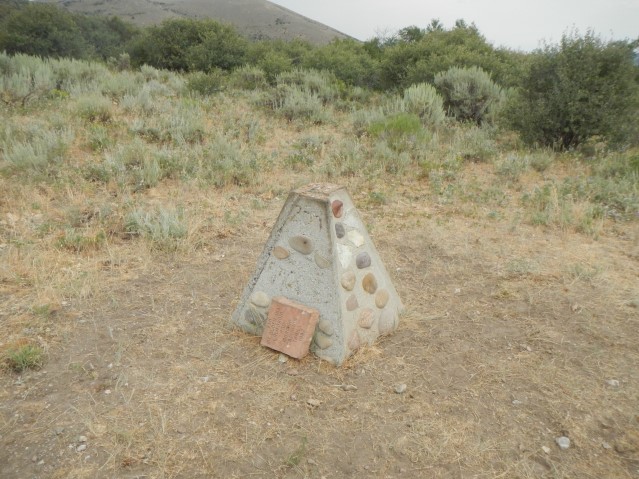 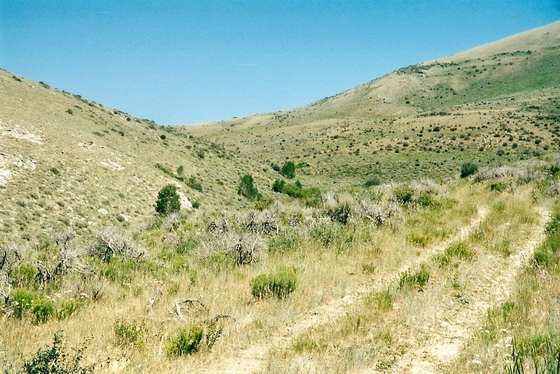 The trail drops down the west side of the pass from T-Marker C-12. Photo by Bob Black

In 1840 about 500 prospective emigrants agreed to assemble west of Independence, Missouri, to go to California as soon as spring travel became possible a year later. Of that entire band, only John Bidwell showed up. But others appeared, however, and a modest group set out with a small party of trappers and missionaries on a long journey west. At Soda Springs, half of them decided to try Oregon instead. John Bidwell's crew of 33 California pioneers descended along Bear River from Soda Springs and finally reached their destination by way of a Humboldt River route. They had severe difficulties getting past Salt Lake, so in 1842, Joseph B. Chiles returned to Missouri in search of a practical road. Chiles' return expedition had to find a more direct Humboldt connection to Snake River and Fort Hall. So they headed toward upper Goose Creek. There, for many miles of travel, they could see Granite Pass, which provided convenient access to Raft River along their most direct approach to Fort Hall. No really practical California Trail route was available south of Granite Pass, and Goose Creek did not provide as convenient a road to Fort Hall. Even when an alternate route via Salt Lake was discovered by Mormons returning from California to Utah in 1848, Granite Pass had to be utilized.

Located in territory eventually designated as southern Idaho, Granite Pass came into immediate use when Chiles brought California emigrants along his superior route in 1843. (That season, Chiles sent his regular California Trail party west from Raft River with Joseph R. Walker as a guide, while he took a small group of California emigrants to Fort Boise to search for a new northern route to Sacramento Valley. Walker had led a band of Captain B. L. E. Bonneville's fur hunters to California a decade earlier, and knew of a practical though circuitous route through Walker Pass to California's central valley.) When used for early emigrant wagons, Granite Pass was in Mexico, but less than a mile from Oregon. After 1850, that area became part of Utah territory. But in 1872, when Daniel Major's Idaho--Utah boundary survey finally was accepted as an official demarcation, Granite Pass wound up in Idaho. Major and his surveyors had a difficult time holding to an accurate 42nd-parallel course, and when crossing Granite Pass they should have run their boundary slightly more than three- quarters of a mile farther north--at least when their line is compared with 1927 North American datum for that area.

This information is from the Idaho State Historical Society Reference Series No. 126