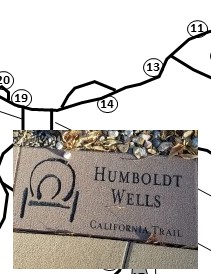 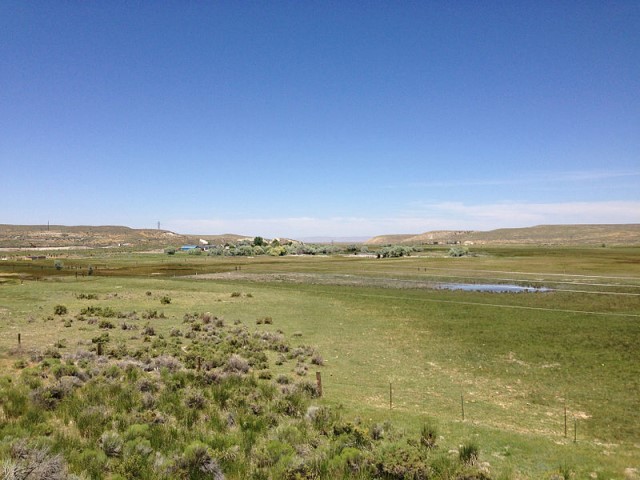 View west across the Humboldt Wells. Photo by famartin (Wikimedia) 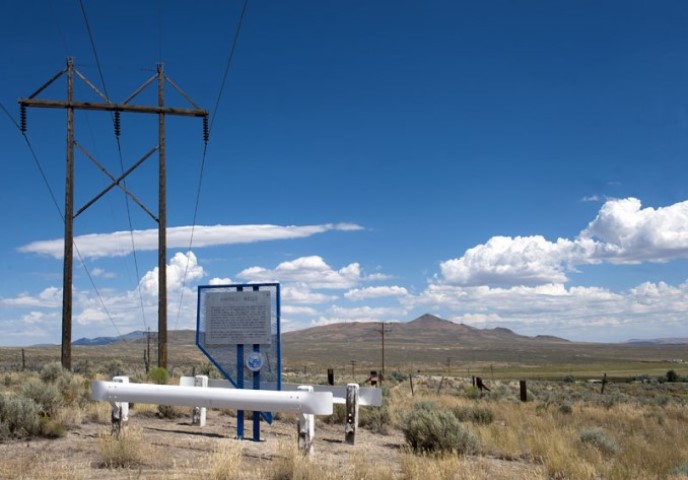 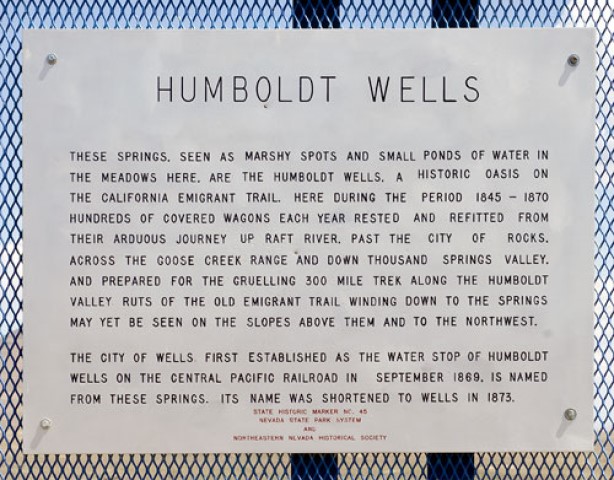 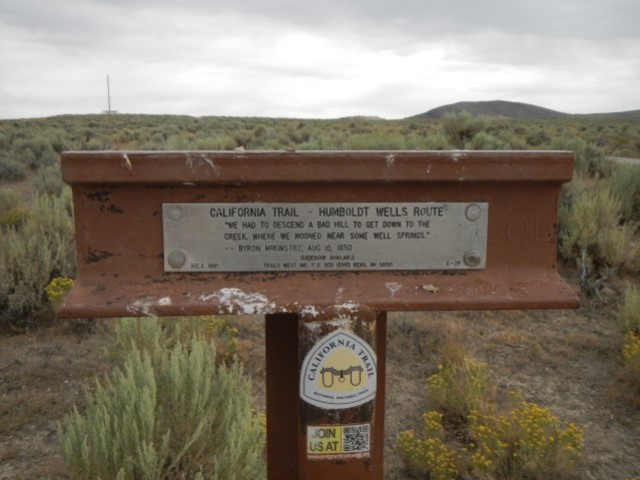 Lush meadows and clear springs made this place a natural rest stop for the first American West tourists, emigrants on their way to a land of golden dreams in California. Pioneers called it Humboldt Wells. It was the beginning of a tough and deadly journey over 400 miles of barren high desert. For 20 years Humboldt Wells remained just a wide spot on the trail with no permanent buildings. The area was not included when Nevada became a state in 1864. The springs were part of Utah Territory until Congress, in 1866, gave Nevada a strip of land beginning just west of Humboldt Wells and continuing to what is today's Nevada/Utah border.

Several emigrant diaries reference the size and depth of the springs by way of mishaps associated with them. For example, in 1849 Amos Batchelder said “We obtained our water at this place from several springs of a peculiar character…. Three of our mules, in attempting to drink from one of them were precipitated into it, at different times, and completely immersed.” James Shields wrote in 1850, “Just as we arrived at these wells, a man rode up to let his horse drink and the horse slipped in, ducking his rider finely.” Additionally, Byron McKinstry wrote in 1850, "The infant Humboldt here has a little water in it, is miry and many oxen and horses sticking in it which serve as bridges."

Based on information from Great Basin College at https://www.gbcnv.edu/ and Emigrant Trails West guidebooks.