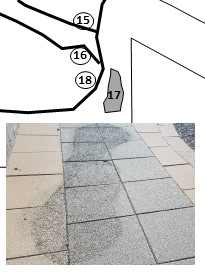 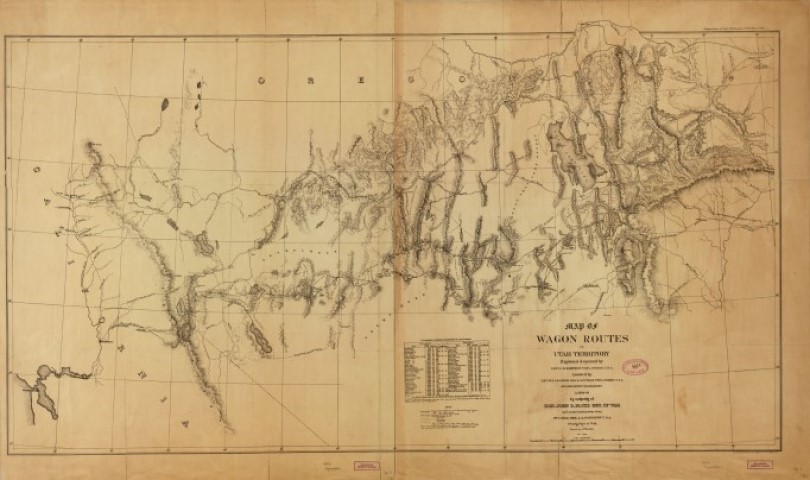 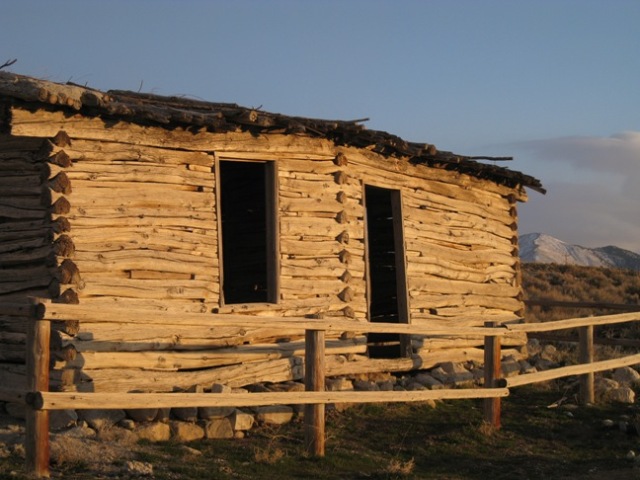 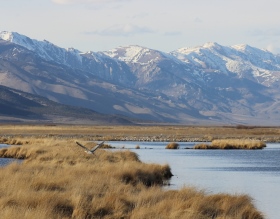 Ruby Valley is rich in history. Evidence of prehistoric people who roamed throughout northeastern Nevada can be found all along the west side of the refuge, in the Ruby Mountains. The numerous springs in and around the refuge provide abundant food sources including game animals, seeds, nuts, and roots.

In 1859, Captain J.H. Simpson explored the valley as an alternative route to the west coast. His account provides a first-hand glimpse of the area at that time. Simpson notes: “Large numbers of Sho-sho-nees winter in Ruby Valley, on account of its being warmer than the other valleys around. One of the mail party represents that as many as 1500 must have staid here last winter. At present time they are scattered, for purposes of hunting.” Historic markers identify the Hastings Cutoff Trail, which passes through the refuge and continues west by way of Overland Pass; the same route followed by the ill-fated Donner Party.

Ruby Valley was an important stop on the East-West Pony Express route. The log building that served as the Pony Express Station now stands at the Northeastern Nevada Museum in Elko, Nevada. Ruby Valley was also the home station for the Overland Mail Route and from 1862 to 1869 housed the Fort Ruby military post, constructed to protect the Overland Mail route from Paiute Indian raiders.

In 1880, Pennsylvanian Jacob Bressman, his daughter Deby, and Deby's husband, Lew Benson, sold their freight hauling business in nearby Eureka County. They bought cattle, built a cabin, and settled in Ruby Valley. Their cabin and Jacob's grave site, located on the refuge 1.5 miles north of headquarters, have been preserved and stand as a tribute to these early pioneers.

Ruby Lake National Wildlife Refuge serves as a magnet for a wide diversity of wildlife species and is strategically located along migration corridors serving both the Pacific and Central Flyways. The refuge has been identified as one of 500 Globally Important Bird Areas by the American Bird Conservancy.

The National Park Service designated the South Marsh a National Natural Landmark because of the biological diversity and pristine condition of the habitat. The refuge is one of the most important waterfowl nesting areas in the Great Basin and Intermountain West.

The South Marsh supports the largest population of nesting canvasback ducks west of the Mississippi River (outside Alaska), and holds the highest concentration of nesting canvasbacks in North America. Due to habitat loss elsewhere in the Great Basin, the refuge has become increasingly important to resident wildlife, including mule deer, pronghorn antelope, and sage grouse. The refuge fishery is popular with local anglers.

This article is from https://www.fws.gov/refuge/Ruby_Lake/about.html