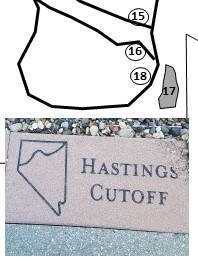 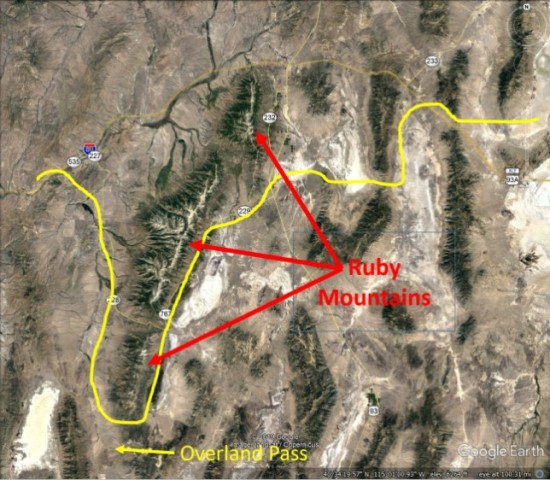 Aerial view of the Ruby Mountains 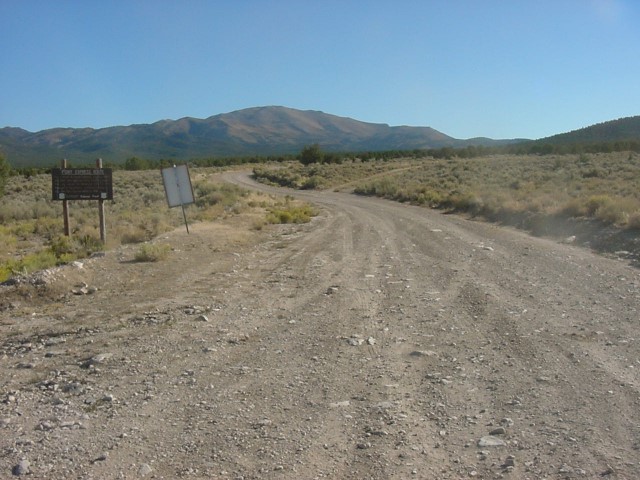 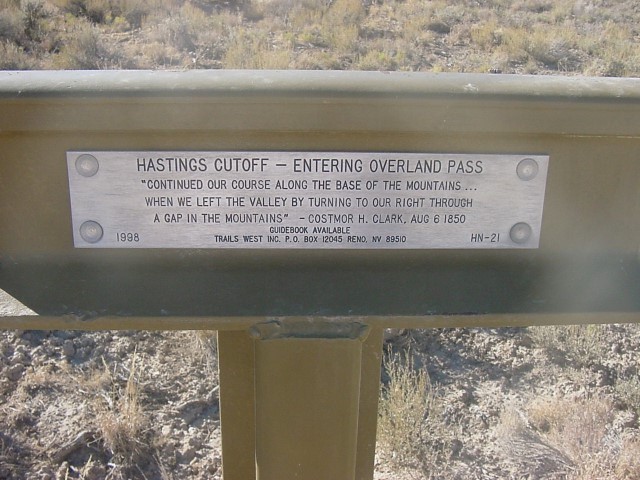 T-marker at the beginning of the pass 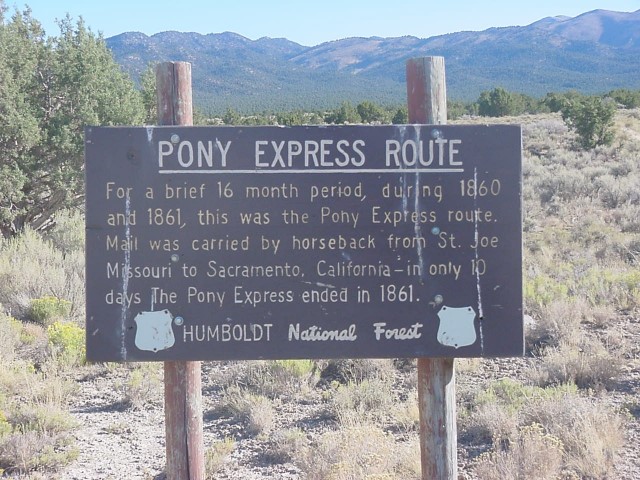 NFS Pony Express Interpretive sign at the beginning of the pass

California Trail emigrants were always looking for shortcuts on their routes to California. Travel was long and arduous, and any efforts to trim time and expenses were welcome. Lansford Hastings published a guide entitled The Emigrant’s Guide to Oregon and California. In this guide, he urged travelers to take the Hastings Cutoff and leave the established trails from Fort Bridger, travel across the Great Salt Lake Desert, and skirt around the south side of the Ruby Mountains. This shortcut ended in disaster for one famous group – the Donner Party. They actually added 125 miles to the journey and led themselves to tragedy when they could not make it across the Sierra Nevada mountains before the winter snows began. Eventually, other traveling parties were able to successfully traverse this new route, but it cost many families precious time and money.

The Ruby Mountain range was named for gems that were found during the gold rush days. As it turned out, they were garnets, but the name Ruby stuck. No gold was ever found in the Ruby Mountains, but there is treasure, in the form of more than two dozen Alpine lakes and forests brimming with wildlife. Today, a large chunk of the Ruby Mountains is designated wilderness and happens to be the home of the Himalayan Snowcock, a bird introduced to the region in 1961 from Pakistan.

The Ruby Mountains are an important historical and national conservation area approximately 30 miles east of the California Trail Interpretive Center in Elko, NV. The majestic peaks of this mountain range rise over 11,000 feet above sea level and feature in several stories of emigrants traveling to California during westward expansion. They are visible from the California Trail Interpretive Center and waiting to be explored. Plan your visit and experience the awe-inspiring beauty of this beautiful range, learn about the people who lived or traveled through the mountains, and immerse yourself in the history of the California trail and westward expansion.

The marker on the map below shows the wagon route around the southern tip of the Ruby Mountains along Hastings' Cutoff (called Overland Pass).