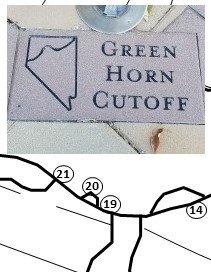 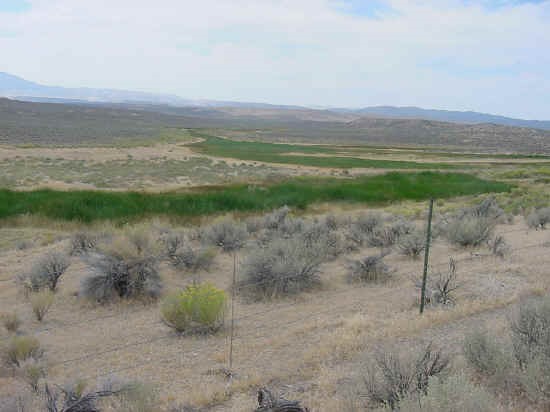 The green area in the background shows the location of the springs. 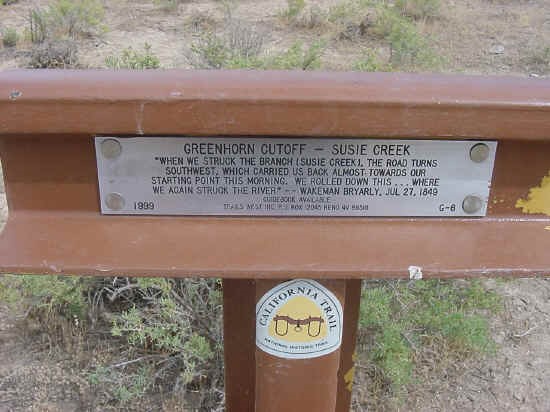 Marker G-6 is next to Susie Creek 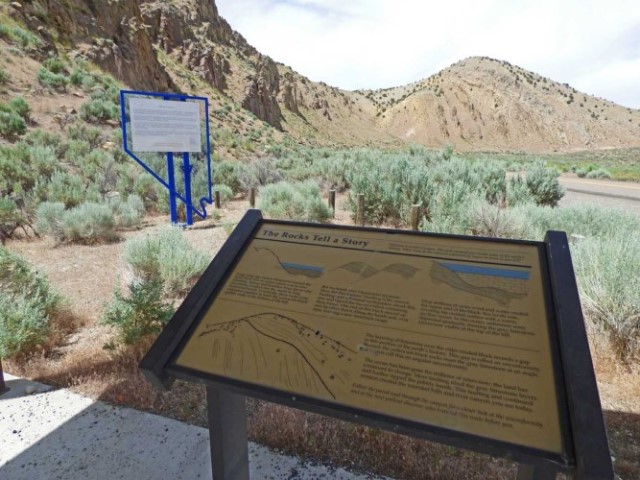 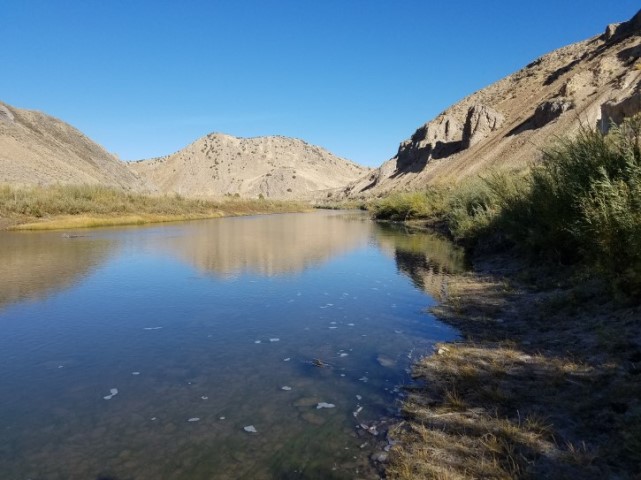 The Humboldt River in Carlin Canyon 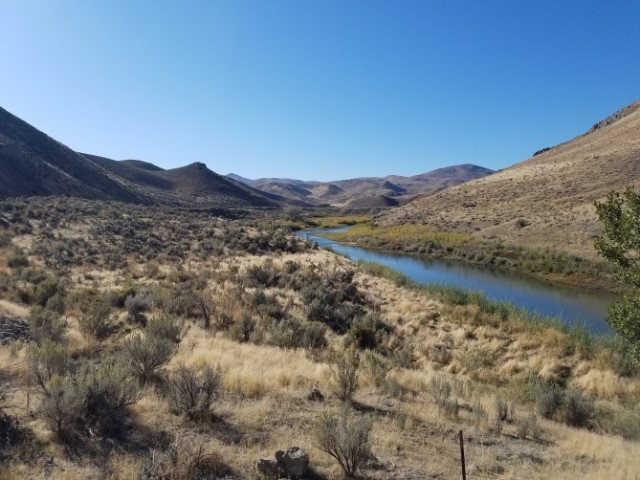 One of the trail crossings in Carlin Canyon

The Greenhorn Cutoff was actually an alternate route around Carlin Canyon that allowed emigrants to bypass the four crossings of the Humboldt River required on the main California Trail. The crossings were especially difficult and dangerous during high-water years. The cutoff began near Hunter Exit 292 on I-80 and wound north around Carlin Canyon before turning south alongside Dry Susie Creek to reconnect with the main California Trail.

The locations in the map below show all the Trails West T-markers between the east and west ends of the Greenhorn Cutoff. NOTE: Many of these markers require 4-wheel drive to access.