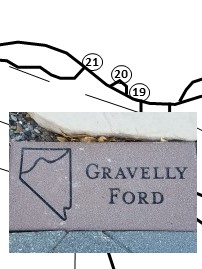 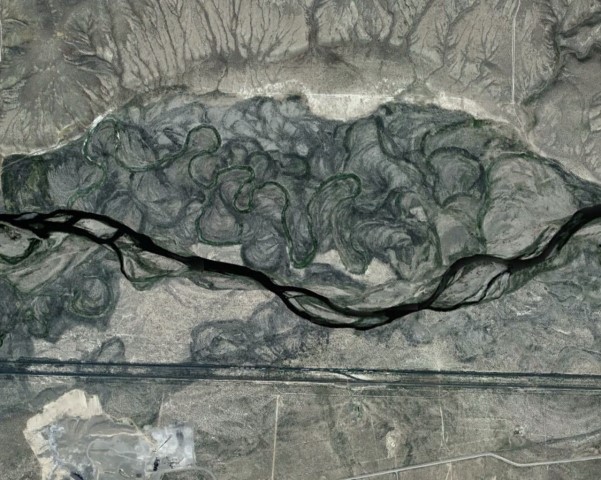 The presence of many channel cutoffs indicates the rapid dumping of sediment and gravel at this location. 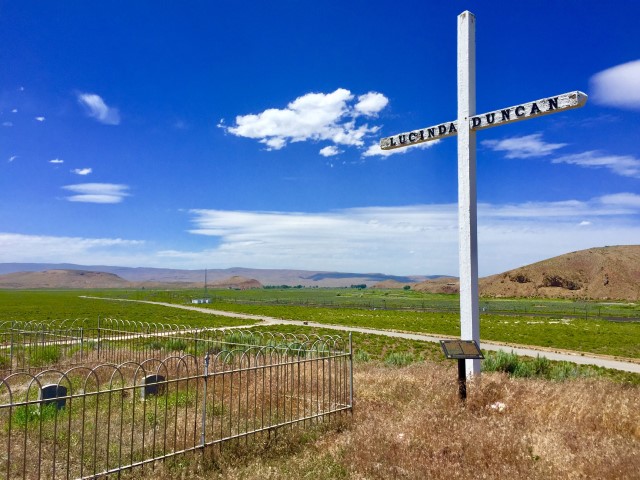 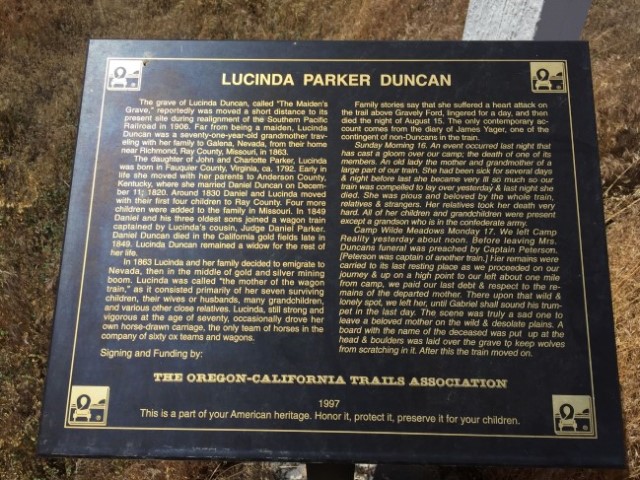 Plaque at the Duncan grave

Gravelly Ford was a place where emigrants travelling to California had an easier time crossing the Humboldt River because of the gravelly makeup of the riverbed. It was here that the trail split and followed along both north and south banks of the Humboldt River.

Probably the most interesting and controversial part of Gravelly Ford's history is the Maiden's Grave. There are two stories about the person buried in the Maiden's Grave. The grave was found during the construction of the Central Pacific Railway. Workers saw the name inscribed on the grave but couldn’t determine the age of the person. The assumed it to be a young girl (maiden) and thus the description held. It was later that the descendants of Lucinda Duncan identified her as their grandmother who had died along the trail. However, the descriptor of “maiden”, which generally refers to a young girl, has remained attached to the grave.