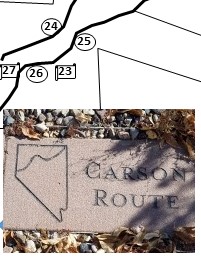 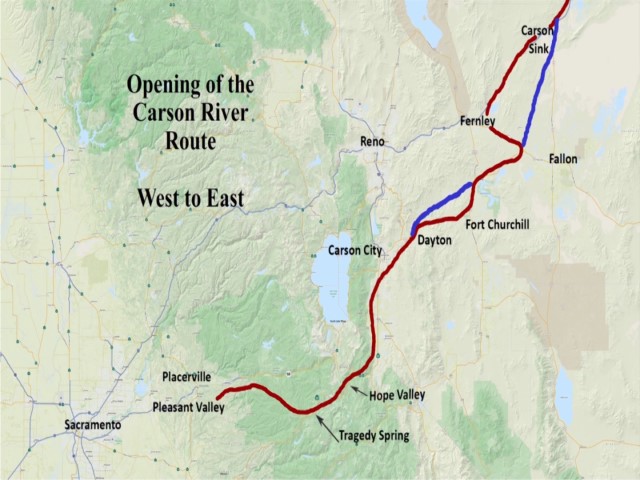 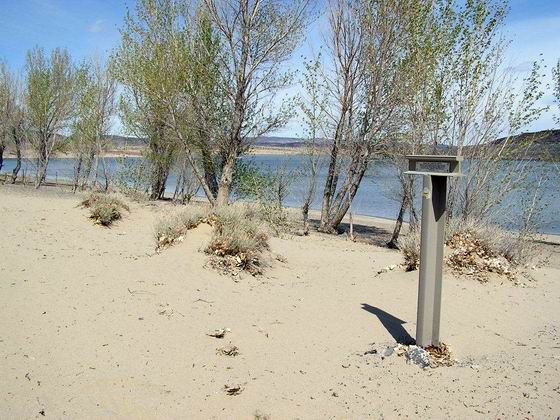 Near marker CR-18 at Lohontan Reservoir 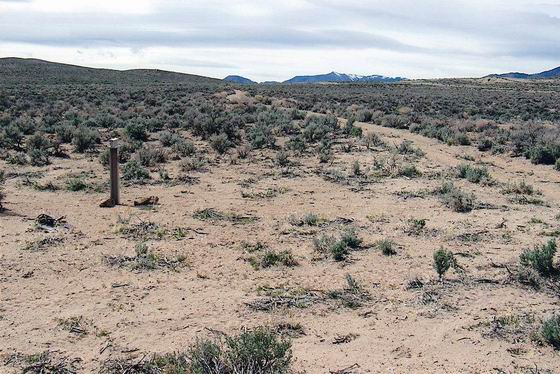 Route crossing the desert before the Carson Range 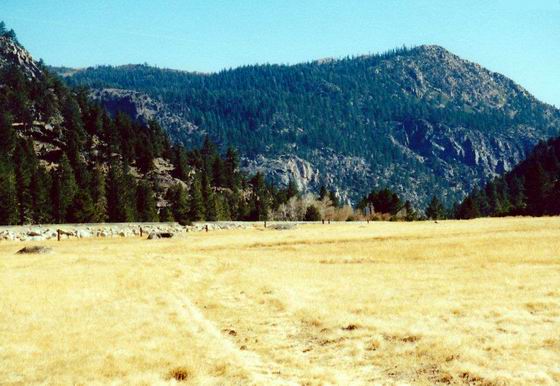 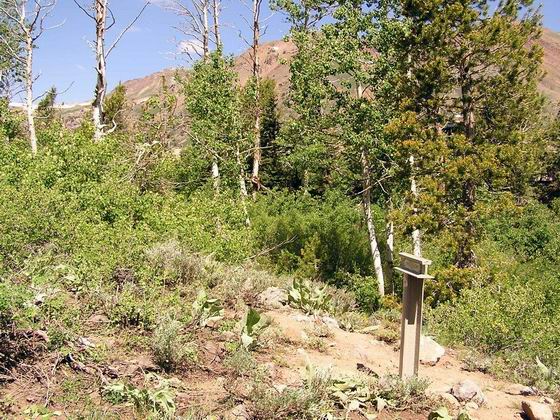 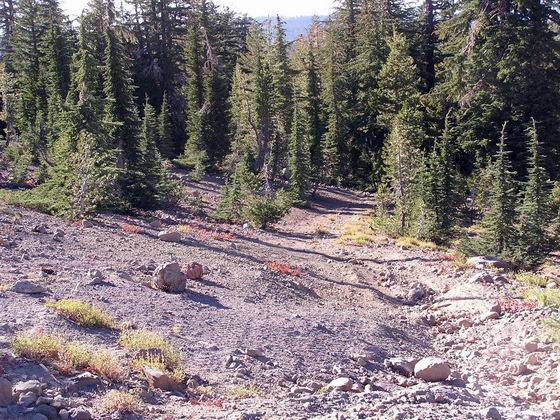 Heading down from the summit

This emigrant trail is unique in that it was opened from west to east. However, the emigrants traveled over it from east to west, beginning in 1848, so that is the direction this photo tour travels.

The Carson Trail crosses a very diverse landscape. It starts a short distance north of the Humboldt Bar, a unique geologic feature located at the northeast end of the Humboldt Sink. At this point, the trail turns southeast from the existing California-Truckee Trail and then passes over extremely dry, barren and sandy country as it heads across the 40 Mile Desert to the Carson River.

Upon reaching the river at Ragtown, the trail turns west and generally follows it southwest for about 80 miles through the Carson Valley. Upon reaching the Sierra, the trail and the river both enter the rugged, rocky, scenic canyon of the Carson River. After crossing back and forth across the river several times in about 7 miles, the trail arrives at Hope Valley. In this valley, the emigrants found abundant forage, water and wood so that they could recruit their livestock for the final push over the nearly impossible mountain passes immediately ahead of them.

After passing over the high-elevation mountains at Carson Pass and West Pass, the emigrants had fairly easy traveling down the extensive, heavily- timbered system of mountain ridges nearly all the way to their final destination, old Hangtown, now modern Placerville.

The marker below is placed at the entrance to Lahontan State Recreation Area, which is where the Carson Route met the Carson River. You may also be interested in exploring the entire Trails West Carson River Route Markers as described elsewhere in this app.