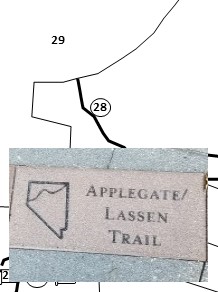 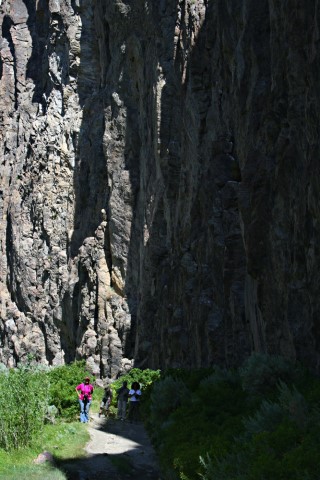 Borne out of tragedy and a desire for a safer journey west, the Applegate/Lassen Trail became a major route for emigrants traveling to northern California and southern Oregon.

This pioneer trail is named, in part, for the Applegate family. Their journey west was well-documented in diaries. Their trials and triumphs became well-known. The Applegate’s made it west to Oregon, but the family’s bitter experience spurred them to find a safer crossing, resulting in the Applegate Trail.

Later, this new route was used during the Gold Rush as settlers hurried westward in the hope of striking it rich. Even today, the Applegate Trail is the best-preserved of all the old wagon trails from the 19th century, with many stretches still marked and wagon wheel ruts clearly visible.

All started well for the Applegate family as they started on the trail west, but as they neared the end of their journey, disaster struck. In their attempt to cross the Columbia River, three of the Applegate children were swept away and drowned.

Recalling the incident, Lindsay Applegate said, “Our hearts are broken. As soon as our families are settled and time can be spared we must look for another way that avoids the river.”

In spite of the dangers of all the routes leading west, emigrants were never discouraged from trying, as Gold and Oregon fever captured the imaginations of Americans everywhere. This Great Emigration was full of dangerous places along the way, such as the Black Rock Desert. Mudflats on this portion of the trail caused delays and broken wagons, but pioneers pushed on, never letting go of their dreams. In spite of the dangers, the Black Rock Desert contains some of the most stunning landscapes along the Applegate Trail route.

The Lassen Trail opened up two years after the Applegate Trail was founded in 1848, during the Gold Rush. Peter Lassen pioneered the route, and it was used frequently during this time as a northern path to the goldfields. Eventually, the two cutoffs became known as one hyphenated name.