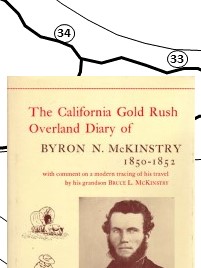 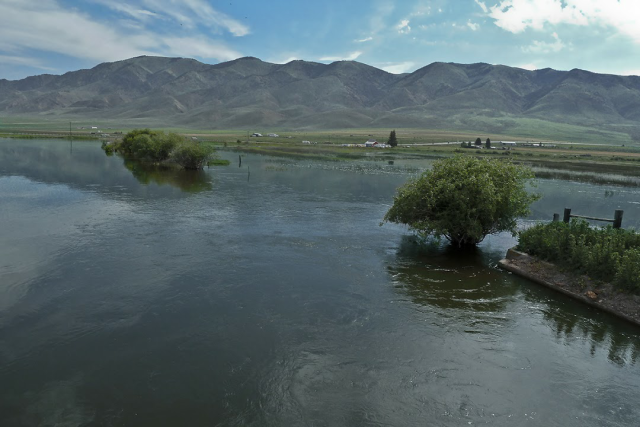 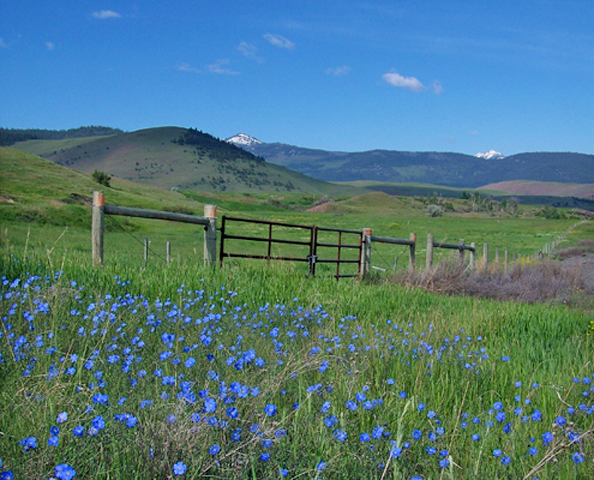 [Sunday] "The bottom here is rather gravelly but not absolutely barren, and might be easily irrigated from the numerous small streams that issue from the bluffs and run across the sloping bottom. These streams are as high as the surrounding ground and easily taken to any part of the bottom. The bluffs are very high, often with patches of snow on the sides, and groves of balsam. There is no timber in the vallies and it would be something of a job to bring down that from the mountains. We only drive three miles, and after crossing Thomas Fork, a stream some 4 rds. wide and nearly up to the wagon bed, we camped on its banks in fine grass and found a few green willow. But as Lyon, Clark and Rahn cut up their wagon and burned it, we were well supplied with fuel. They joined teams with Crispen and Lilley. The soil here is good - acres of flax almost as thick as in a cultivated field. It has a blue flower, and a good lint on the dry stalks, which grows in some places on the same root as the green, which would seem to indicate that the root lived through the winter. Perhaps these were early stalks. One could not tell the difference between this and tame flax. I should say that this would be a good place for a settlement - several thousand acres of excellent land easily irrigated, might be cultivated along the fork & River."