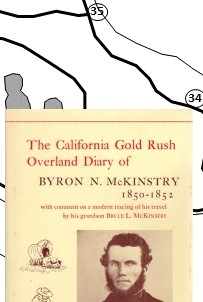 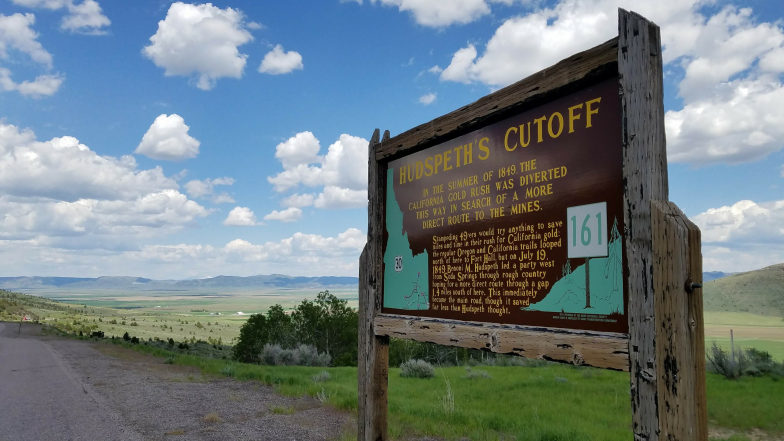 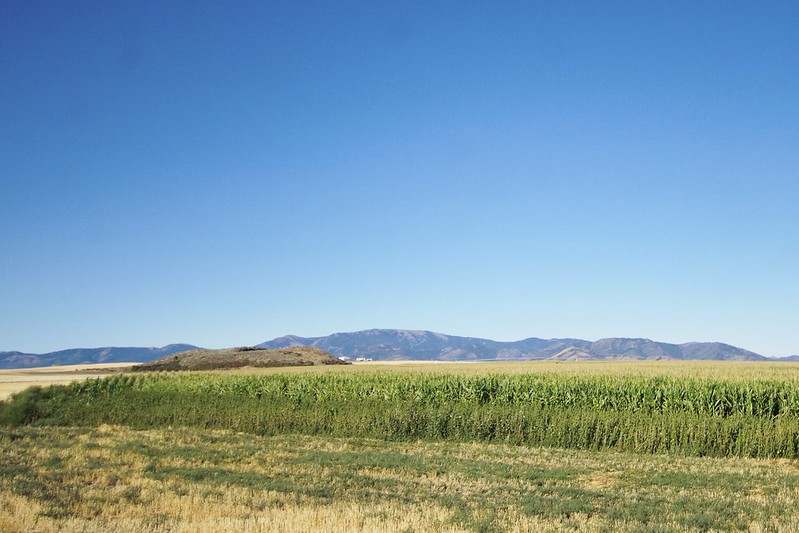 [Wednesday] "In one mile farther we reached the junction of the Ft. Hall and Headspeth's cut off roads, and after some debate and a vote it was decided to go by Ft. Hall, the minority grumbling greatly. The Mountaineers had invariably advised us to take this rout. We now turn to the right, the cut off keeping due West.

From this point partly down the river in the plain is a large conical hill standing in the level plain, formed of volcanic rock with a deep sink on the top. The inside walls look as if they had been subjected to great heat. I suppose this to be the hill that Fremont calls the crater of an extinct volcano. The whole plain appears to be formed of volcanic rock, sometimes lieing in confused heaps covering acres, in others forming perpendicular walls several ft. high. The plain is frequently cut up by deep fissures 20 or 30 ft. deep, among this volcanic rock from 3 m. before we got to the soda fountain. It forms part of the bluffs of the river and for some distance it runs between perpendicular walls of it. Camped by some beautiful springs of pure water. Grass in a slough fed from mineral springs tolerably good."

The marker on the map below is the approximate location of this day's camp. The Fort Hall road traveled northwest through this valley.