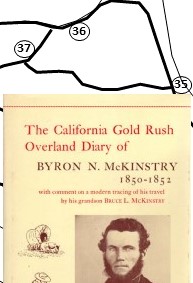 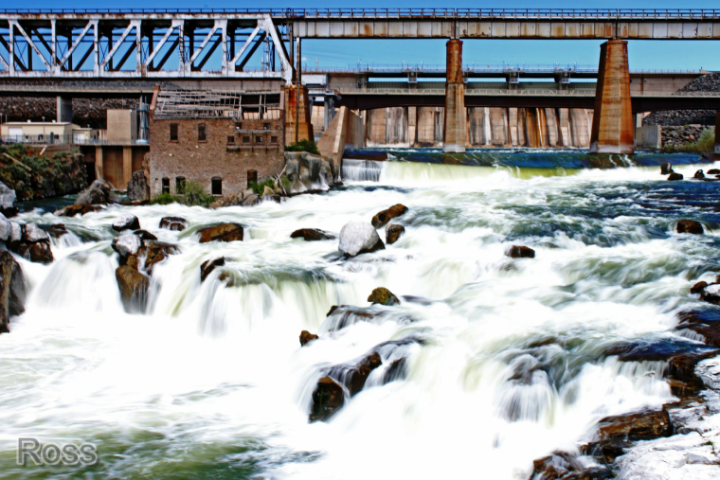 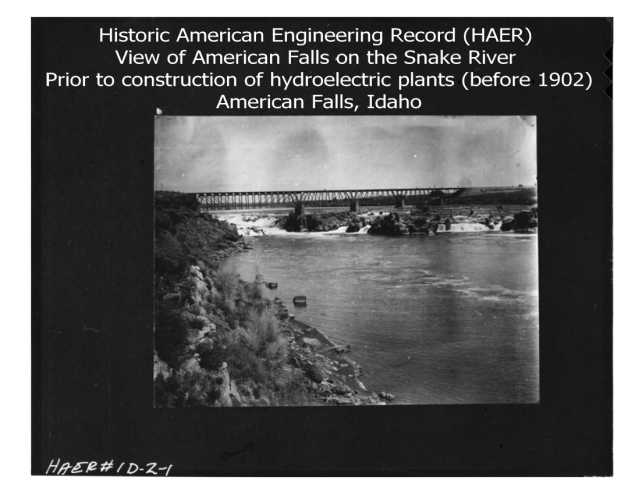 Historic 1902 photo before the dam was constructed 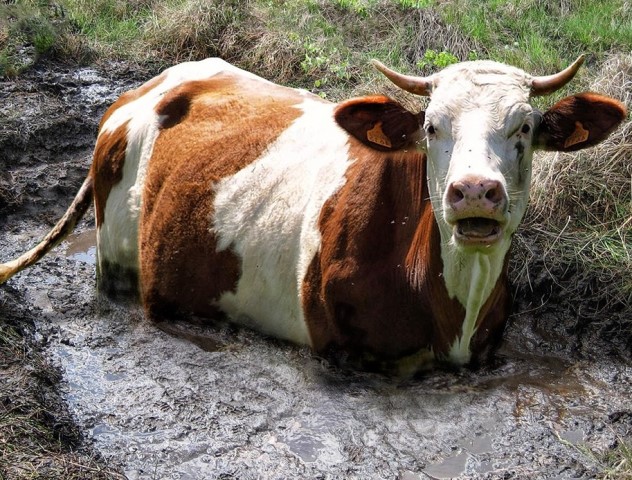 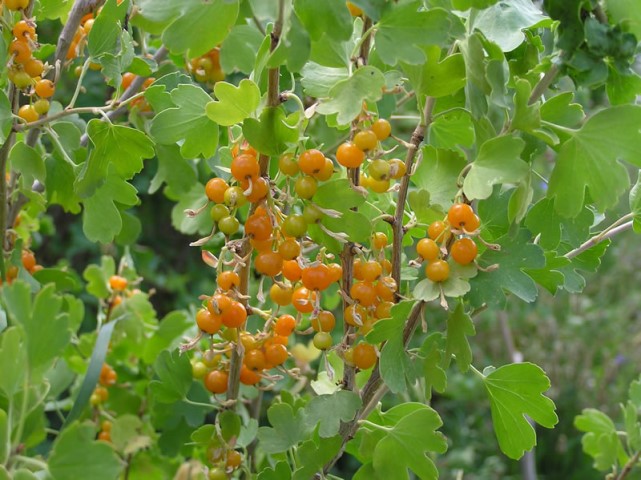 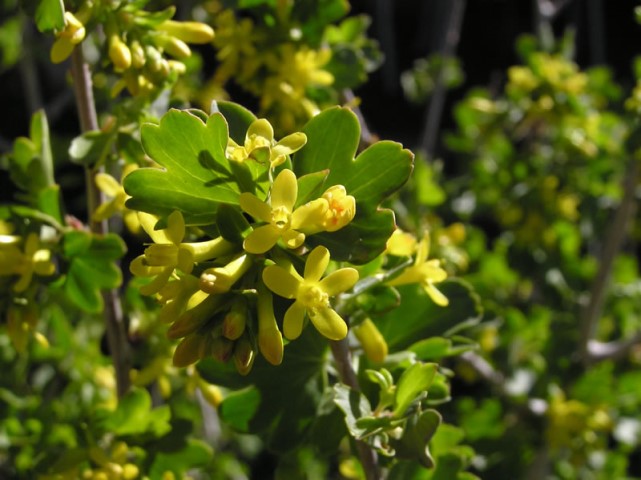 [Tuesday] "The Musquetoes very troublesome last night. Road still on the high sage plain, crossing a bad creek on the way. At noon we descended to the bottom where we found a fine looking spring gushing from the bank, but it belied its looks, the [water] was bad tasted and warm, but we quenched our thirst, eat our dinners, then went 1/2 m. up the river and pulled an ox from the mud. Found any quantity of yellow currants and some black ones. They are both good. Our ox could walk after rubbing him awhile, so Wm. Clark drove him on. He was famous for picking up lost cattle and horses as well as some others. If one had time to make a business of it and let them recruit, hundreds of cattle might be collected that have been abandoned by their owners. But I think we shall have enough to do to get our own team through without bothering with 'give out' cattle.... In about 6 m. from our nooning place the bluffs close on the river and in a mile more we come to the American Falls. The river here narrows to half its former width, increasing in velocity till it comes to the main fall. There are two rocky islands in the stream at the head of the main pitch which divide the falls very prettily. I will venture to say that no one ever yet broke a twig from the cedars that crown these beautiful islands. They are securely fenced by the leaping waters. Quite a number of high rock stick up in the falls and river. On our side of the River is an escarpment of a reddish rock 20 or 25 ft. thick overlaid with volcanic rock. This volcanic rock forms nearly all the bluffs. This is far the most magnificent waterfall I have seen on the rout. The water works itself into a perfect fury, throws the spray into the air like rain which strikes you in the face, and when the sun shines forms a beautiful rainbow."