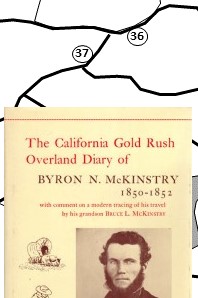 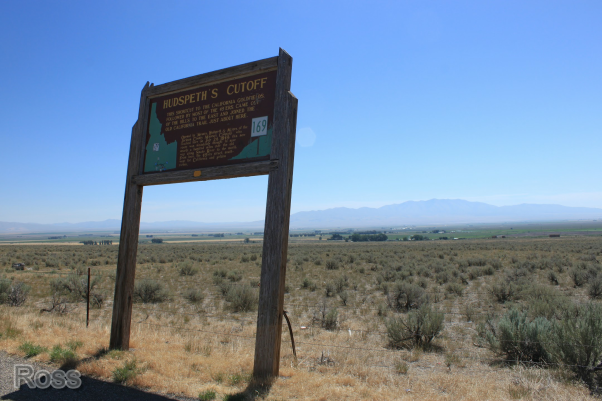 Roadside marker of the west end of the Hudspeth Cutoff. Image copyright Ross_Mitchell 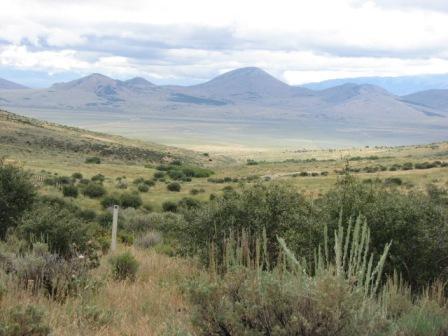 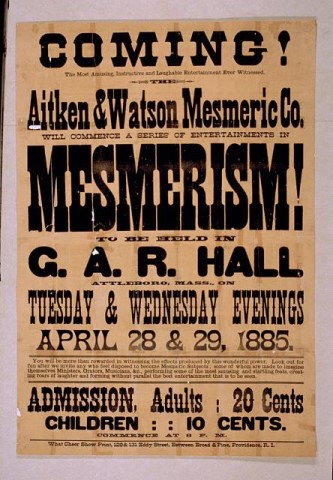 Mesmerism show poster, 1885 (Library of Congress). The techniques of mesmerism were used in entertainments and theatrical shows through the 19th century.

[Friday] "In the N.E. I can see the dust rising in a great many places in a line till it seems to meet our rout ahead. This must be on Headspeth's cut off, though we did not expect to come to it so soon. Came to the creek at the junction of Headspeth cut off 12 miles. This makes according to my count, from Ft. hall 79 miles. From the other end of the cut off 142 m. According to the guide (Wear's) 129 miles. According to distances given by Traders, 140m...

There appears to be a great difference of opinion in regard to the merits of the two routs. On the whole I think the Cutoff to be some the nearest and about as good grass but worse mountains. It appears that most have made the time quicker on the Cut off than by Ft. Hall. It appears that on the cut off they have to cross the Pannack and other streams that run into the Snake. Some say that they came across the cut off in five days. Others say that it took them seven and even eight. We can still see snowy Mts. on both sides of us. The grass appears shorter since the roads have come together. In the afternoon we kept up the creek six miles and found tolerable grass and a little willow. We were offered twenty dolls. for twenty lbs. of hard bread. Some people are getting rather short of grubb. What will these do before they get through?

We have been in company for a few days with a wagon from Saline Co., Mo., nearly out of provisions. The old man is a queer fish, pretends to be clairvoyant. Says that he can throw himself into a Mesmeric State and visit his family or that of anyone that desires it, can tell where there are rich deposits of gold, &c. &c. Some of our company are believers and want to hear from home by this faculty of the old man. He will describe your family &c. so as to satisfy you of the truth of his revelations. He will perform for provisions but not for money."

The map location below is the site of the historical roadside marker for the west end of the Hudspeth Cutoff.