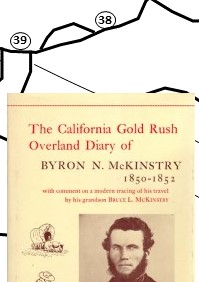 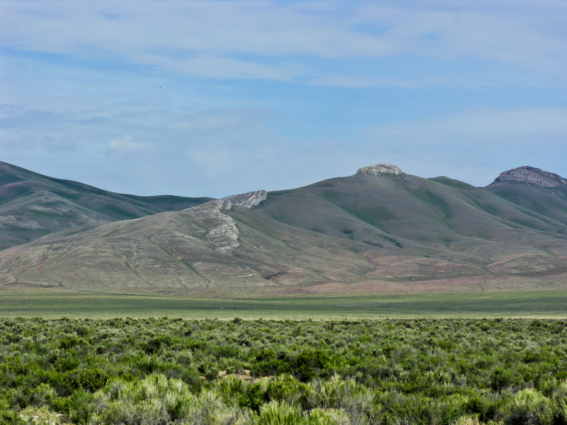 [Friday] "There was an Irishman camped with us last night by the name of Simon Noland of Burlington Iowa, where he has a family. A man was to take him through to Cal. but their team & provisions gave out and he was trying the road on foot without money or grubb. Day before yesterday he found an ox that had gave out and killed him and Mr. Crispen hauled part of it to our last nights camp, where he jerked it, and this morning shouldered a bag full of it and marched on supplied with food for a time. Hard fare this!

Tap the image below to view an 8-minute YouTube video about how to make beef jerky in the wilderness! 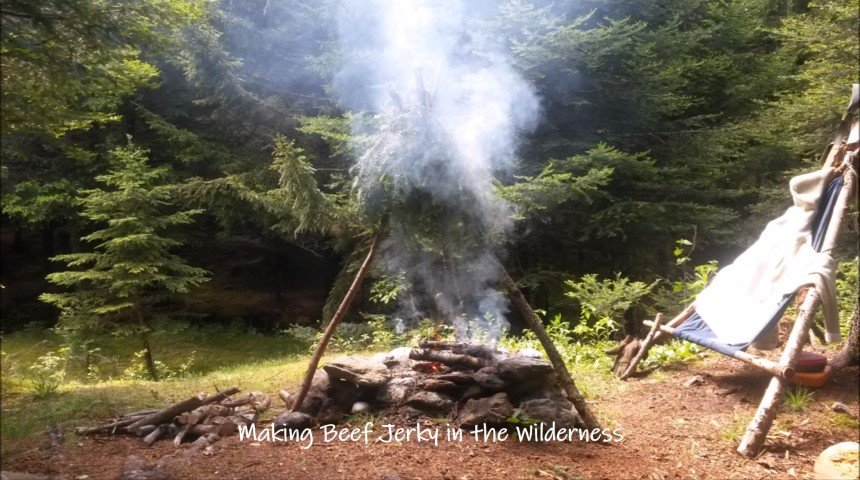 Followed up the creek on the right hand side, passing a pure spring well on our right in 3 m. came to the hot springs, the head of the creek. These consists of ten or a dozen large springs boiling up in large irregular basins or pools, from 10 to 20 ft. across & two or three ft. deep. Some of the pools boiling hot, others I could bear my hand in. The water of a reddish cast, smells & tastes a little of Sulphur, but quite drinkable when cooled. Gas is continually bubbling up. I think that this would be a glorious place for scalding hogs. Following down the hot water creek (which is 8 or 10 feet wide & 2 deep and scalding hot), we came to a creek of similar dimensions (which comes into the hot one from the right as you go down). The latter is remarkable for the coldness of its water as the former for heat. The two creeks rise not more than eight or ten rods apart from the same grassy flat, from springs much alike to the eye, but vastly different to the touch. After flowing in parallel lines for 50 or 60 rods mutually agree to wed, so blending their different natures they quietly pursue their journey through “Thousand Springs Valley” till they sink into oblivion in the sandy plain below.

Wishing to bathe and finding one stream too hot & the other too cold, the right temperature was obtained below the junction, where we had fine sport among the shoals of little fishes that would ascend to the junction but we could not drive them into the hot water or we could have cooked a bushel for dinner. Not succeeding in driving our meat into the pot we consoled ourselves by eating currants which grew in abundance in the thicket on the bank. The mixture was far from equal till you got some way down the creek, the hot water usurping the surface, in consequence of which ones feet would ache with cold while his legs were scalded."

The springs may be the ones shown on the map below.