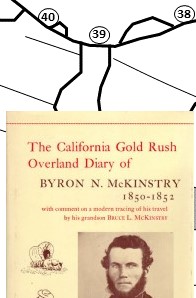 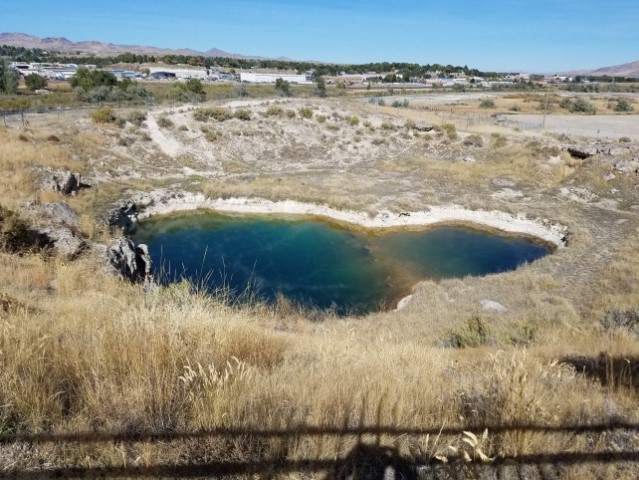 The "Hot Hole" in Elko

The group is camped today near the present day site of Elko. On Monday, August 12, Byron wrote "The Willey division of the Wis. Blues overtook us. We saw them last at Pacific Springs. They came via Salt Lake. From them I learn more of the particulars of the late murder at the hot springs. House, the man shot, agreed to take through three men to Cal. and mortgaged his team to them for the faithful performance of the same. Finding their provisions short at Green River they drove House from the wagon and left him to do as he could, declaring the contract broken and the team forfeited. By the time House met with them in Thousand Spring Valley all the team was gone but a cow. The cow House seized as his property, wherepon one of them by the name of Kyes shot him with a pistol. He lived but a short time."

[Tuesday] "I learn that Kyes was tried by a regular lynch court for shooting House and it was proved that he and his party wasted the provisions which was the reason of their being short. But they let him go, not because they thought him not guilty, but because they did not like the job of hanging him. They say he shall be tried in Cal. I expect that it made greatly in his favor there being no trees in the valley. Why didn't they put him in one of the hot springs? Kyes was 25 years of age, House 22, both from Knox Co. Ill."

Byron McKinstry frequently described various hot springs in his diary and seemed very interested in them. His comment about the lack of trees but availability of hot springs in the Humboldt River valley may have stemmed from a recent visit to the "Hot Hole" near the present-day town of Elko.