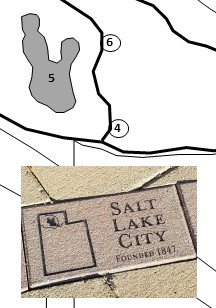 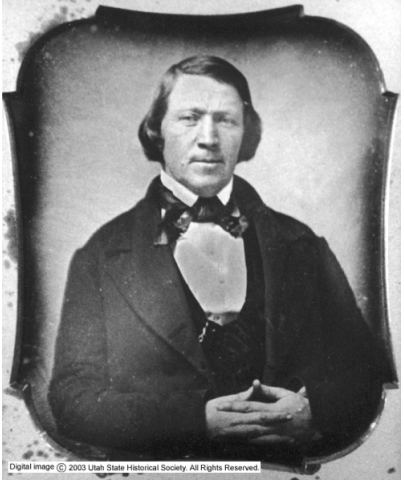 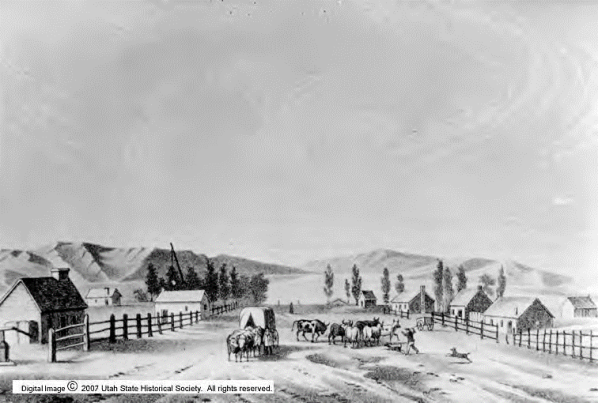 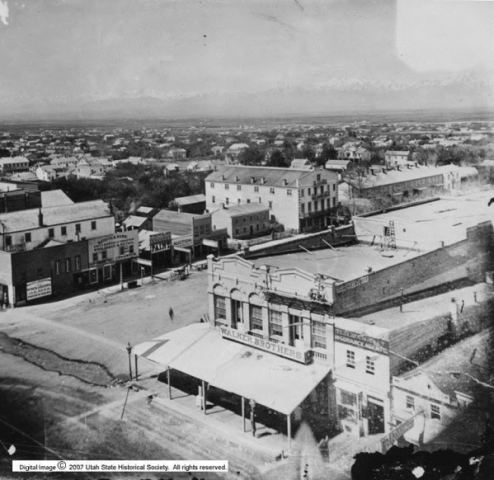 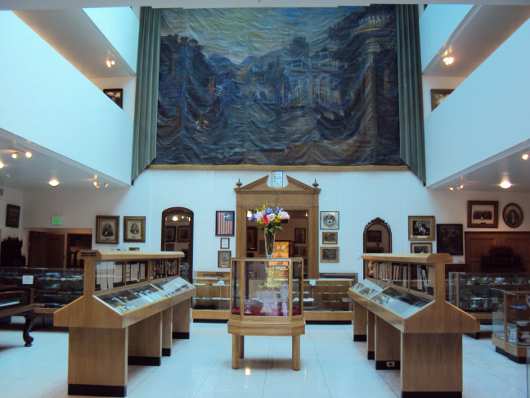 Salt Lake City was founded on July 24, 1847 by a group of Mormon pioneers, led by Brigham Young, who had traveled west seeking a place to settle away from the religious persecution they had experienced in the east. Originally called Great Salt Lake City (because of the highly saline lake in the vicinity), the word “Great” was dropped from its official name in 1868. The city was laid out in a neat pattern of 10-acre squares with streets 132 feet wide – wide enough to turn a covered wagon around with four oxen attached. The city was a popular re-supply station for pioneers traveling the California Trail and their business helped the Mormon settlers to prosper as well.

The Pioneer Memorial Museum in SLC is used for the location marker in the map below. The museum is noted as the world's largest collection of artifacts on one particular subject, and features displays and collections of memorabilia from the time the earliest settlers entered the Valley until the joining of the railroads at Promontory Point, Utah, on May 10, 1869.