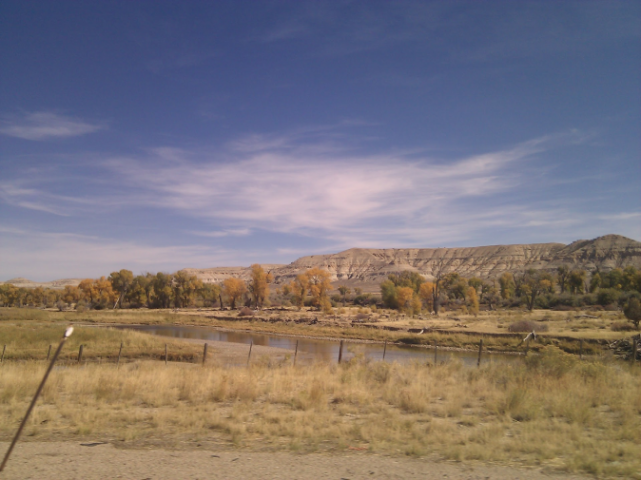 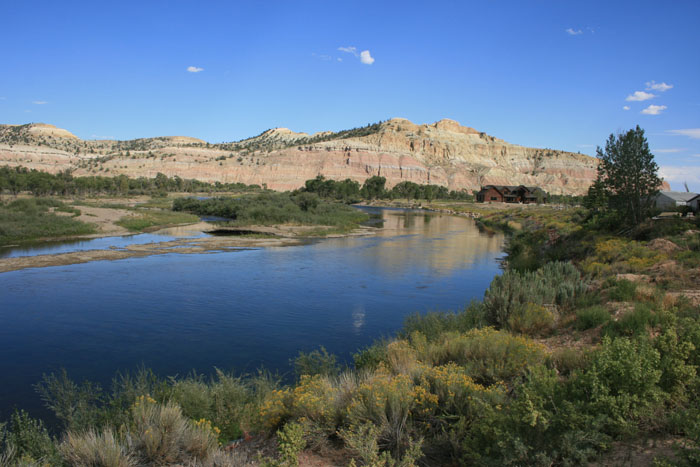 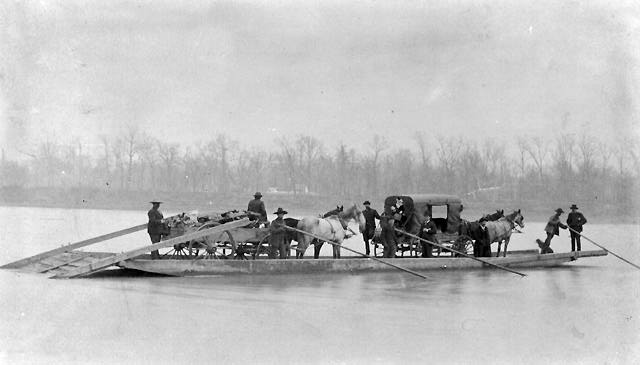 From here we could see the bright waters of the river, several miles away. The bluffs were high, steep, and rocky, and we had to let the wagons down cautiously with ropes. The narrow gorges through which we passed down, were filled with clouds of blinding dust. At the foot of the bluffs the dust was from twelve to twenty inches deep. The river bottom was a plain of dust, crowded with wagons and animals, and thickly populated with emigrants waiting their regular turn to be ferried over. Each of the two ferries had a small flatboat rowed with oars. Many of the animals had already been swum across; but the water was high, deep, swift, blue, and cold as ice, heading in the ice mountains on our right. The poor horses were reluctant to venture in. One of our animals utterly refused to swim. The ferryman was loath to take him on the boat but at last consented.

The marker below is in the approximate region for the Frink's camp overlooking Green River.