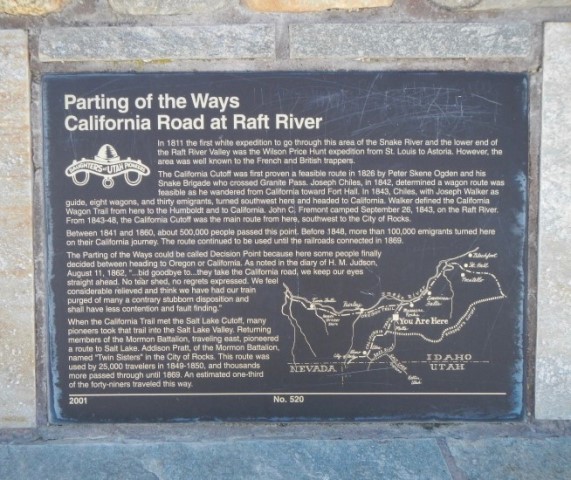 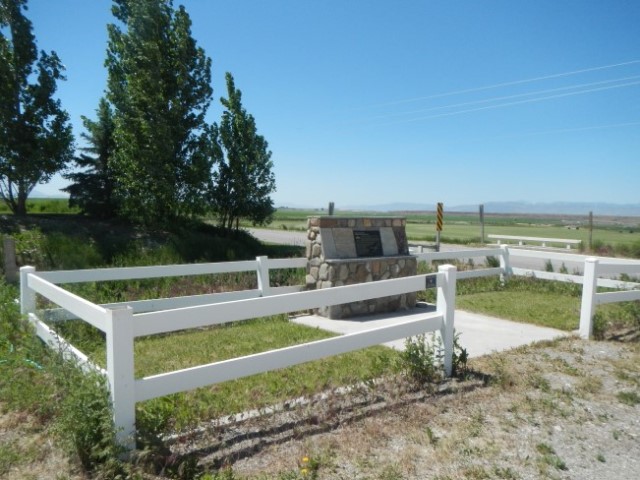 Roadside location of the marker 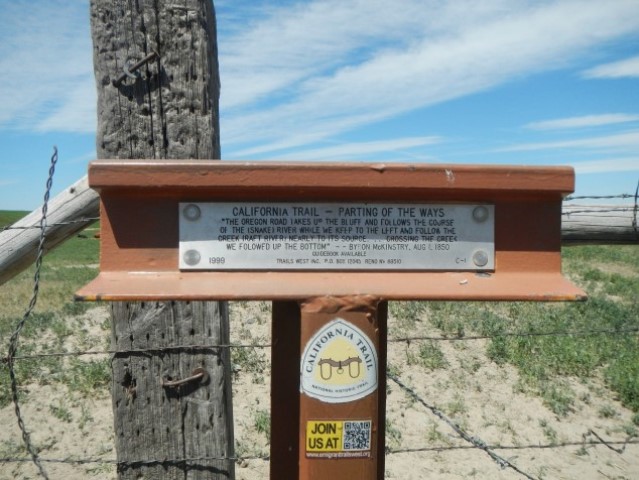 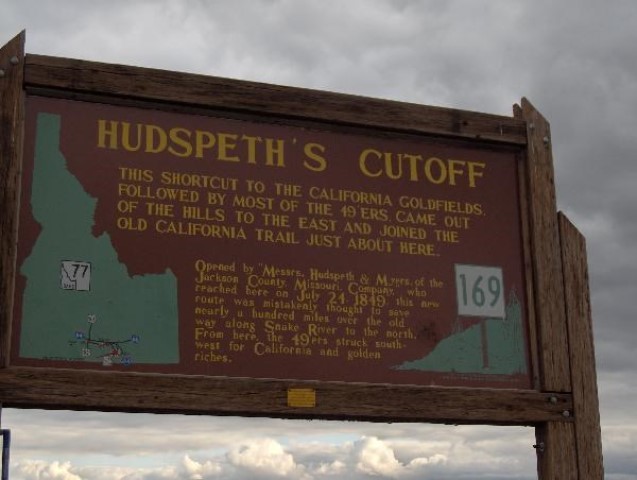 Roadside Marker at the west end of Hudspeth's Cutoff

We left Beaver Creek at six o'clock, still traveling down Snake River, and in eight miles came to Raft River, a small stream that flowed from mountains on our left. Here the roads fork again, the right-hand one turning off northwesterly towards Oregon, while we took the left-hand one, going southwesterly towards California, leaving Snake River, and traveling up Raft River. We crossed it three times during the day, and at dark drove into camp on a branch of this stream, not far from the junction of the Myer's Cut-off, which we had passed near the Steamboat Spring. We are now coming again into a hilly country.

The Myer's Cutoff that Frink refers to is the west end of the Hudspeth Cutoff, which branched off near Soda Springs to bypass the Fort Hall loop. The map below shows the locations of the split with the Oregon Trail, the Hudspeth Cutoff end, and the approximate July 15 campsite.