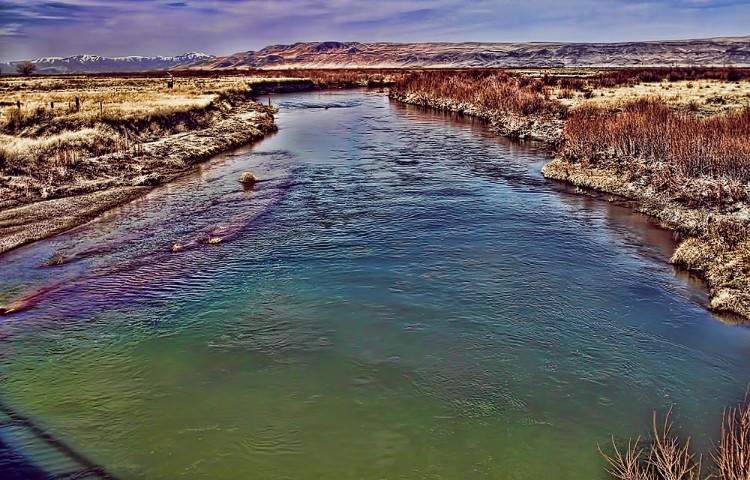 Humboldt River near the July 27 campsite (photo by Brenton Cooper)

Our boy Robert took up a horse near the road, it having the appearance of being lost, and by so doing got separated from us. During the afternoon we became quite anxious about him, but reconciled ourselves with the thought that we should find him at the river. But when we reached the river, Robert was not there, and it was getting late. Every one, being tired, wished to get to where we could camp. I was almost frantic for fear the Indians had caught him, and to increase my agony, a company of packers came along, just starting out to travel all night, who informed us that there were some five hundred Indians encamped very near us. I suffered the agony almost of death in a few minutes. I besought them to turn back and help us look for our lost boy, but they had not time, and were, besides, on short rations. But Aaron Rose had unhitched the best horse, and started back over the hills. Never can I forget those minutes. The thought of leaving the boy, never to hear of him again! But just at dark, Aaron came in sight, having the lost boy with him. My joy turned into tears. It was some time after dark before we got into our camp for the night.

The campsite below is approximate for July 27, a little west of Emigrant Pass, which the party would have crossed on July 26.