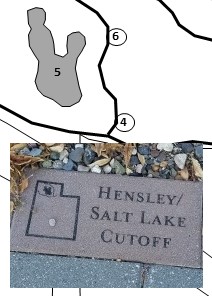 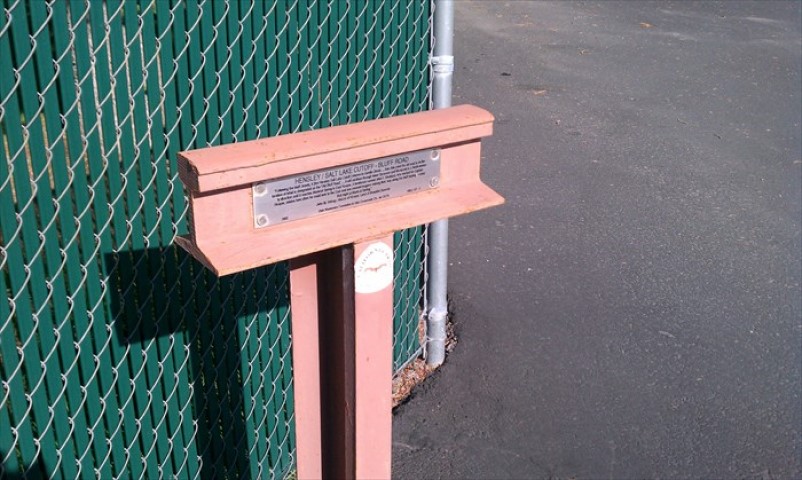 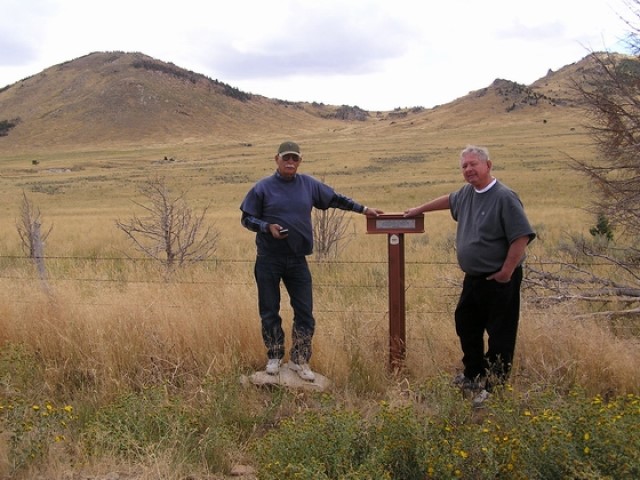 The Hensley/Salt Lake Cutoff is named for Samuel J. Hensley, a pioneer with the Chiles Party which traveled to California in 1843. Hensley had returned back east and was headed to California again in 1848 when he and his company tried to cross the salt desert south and east of Great Salt Lake. They were prevented from crossing the desert because of a heavy thunderstorm which made the salt flats impassable. After returning to the Mormon settlement at Salt Lake, Hensley decided to seek a northwestern route around Salt Lake to connect with the California Trail. He found a passable route and soon met a group of Mormons near the headwaters of the Humboldt River who were returning to Salt Lake City from California. Following Hensley’s advice, they found his turnoff from the main California trail near the City of Rocks and followed his tracks to Salt Lake City. Their wagons sufficiently marked the path for others to follow going both east and west and the cutoff was born. It was popular during the gold rush because pioneers could re-supply in Salt Lake and then avoid the salt desert by following the cutoff back to the California Trail.

The markers below are for the T-markers at the beginning and end of the Hensley/Salt Lake cutoff. The south marker is located in Salt Lake City, and the north marker is in the City of Rocks.