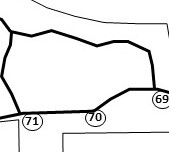 Pioneer Trails Picnic Grounds, possibly near where Bryant saw the ruins of the trappers' cabins 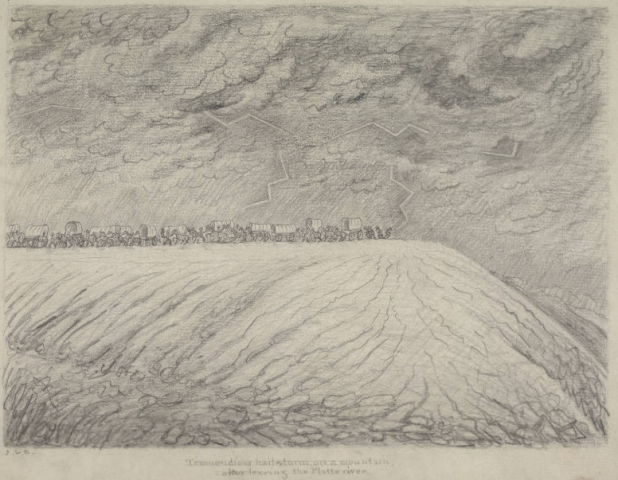 J. Goldsbourough Bruff drew this sketch of pioneers struggling through a western storm 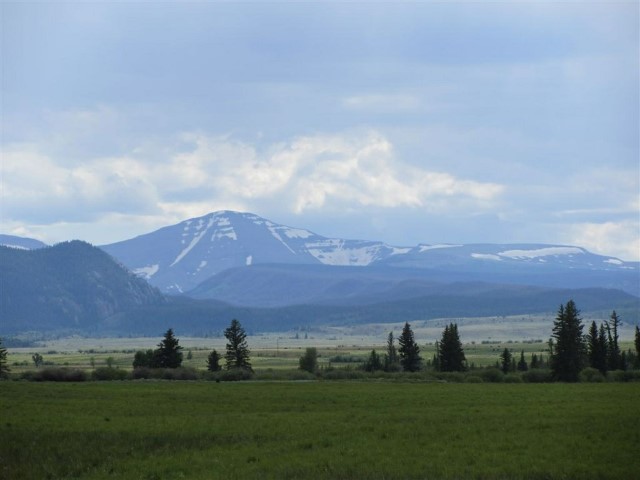 Uinta Mountains, photographed about 50 miles south of where Bryant was when he mentioned the "Utah" mountains 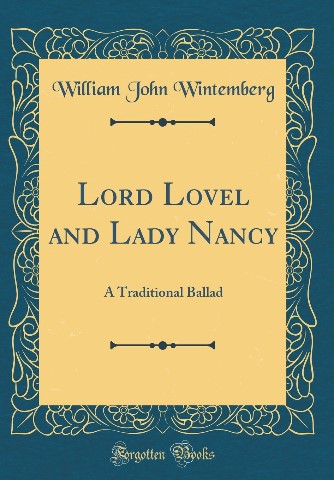 Bryant referenced this ballad, which is described further after Bryant's diary entry below.

At half-past two o'clock, P. M., resuming our march we travelled about two miles farther down the stream, and left it near a point where I saw the ruins of several log-cabins, which I have since learned were erected some years ago by traders and trappers, and have subsequently been deserted. The trail here makes a right angle and ascends over the bluffs bordering the valley of the stream, in nearly a west course. We had scarcely mounted the bluffs when we were saluted by a storm of rain, lightning, thunder, and wind, which raged with terrific fury and violence over the broken and dreary plain, for several hours. It is scarcely possible to conceive a scene of more forbidding dreariness and desolation than was presented to our view on all sides. Precipitous and impending cliffs of rock and concrete sand and clay, deep ravines and chasms plowed out by the torrents of water or by the fierce tornadoes which rage with unrestrained force and fury over this desert, with a few straggling and stunted sage-shrubs struggling for an existence in the sandy and gravelly soil, were the prominent objects that saluted our vision. Far to the left of us, the Utah mountains lift their summits covered with perpetual snows, presenting to the eye a wintry scene in the middle of July. While travelling onward at a slow pace, being some hundred yards in advance of the main party, (the storm having in some degree subsided,) with skins thoroughly wet and in no very cheerful mood, one of the party behind struck up in a sonorous voice the serio-comic elegy of “Lord Lovell and Lady Nancy." Shouts of merry laughter succeeded the rehearsal of each stanza, and the whole party, from being in a most gloomy and savage state of mind, were restored to the best possible humor. The strong contrast between the sublime which they had seen and felt, and the ridiculous which they heard, operated upon them something like a shock of galvanism on a dead body.

The song "Lord Lovell and Lady Nancy", referenced above by Bryant, is a ballad which first appeared sometime in the late eighteenth century. In the Scottish version, as sung by Jeannie Robertson (1963), the hero becomes Lord Lovat of the Fraser clan, who was beheaded on Tower Hill in 1747 for his part in the rebellion of 1745. In other versions he is known as Lord Level and Lord Lover. The heroine is also known as Lady Nancy or Lady Ouncebelle. You can view a YouTube video of folk singer Raymond Crooke singing the ballad. Lyrics are shown below.

Lord Lovel he stood at his castle-gate,

When up came Lady Nancy Belle,

To wish her lover good speed.

‘Where are you going, Lord Lovel?’ she says,

‘Oh where are you going?’ says she;

Strange countries for to see...’

When will you be back, Lord Lovel?’ she says,

When will you be back?’ says she;

I’ll return to my Lady Nancy-cy-cy.’

He had not been gone but a year and a day,

Strange countries for to see,

When languishing thoughts came into his head,

Lady Nancy Belle he would see…

So he rode, and he rode, on his milk-white steed,

Till he reached fair London town,

And there he heard St Pancras bells,

And the people all mourning a-round…

‘Oh what is the matter?’ Lord Lovel he said,

‘A lady is dead,’ a woman replied,

So he ordered the grave to be opened wide,

And the shroud be turn-ed down,

And there he kissed her clay-cold lips,

Till the tears came trickling down…

Lady Nancy she died, as it might be, today,

Lord Lovel he died as tomorrow;

Lady Nancy she died out of pure, pure grief,

Lord Lovel he died out of sorrow, sorrow.

Lord Lovel was buried close by her;

And out of her bosom there grew a red rose,

And out of her lover’s a briar…

They grew, and they grew, on the church-steeple too,

‘Til they could grow no higher;

So there they entwined in a true-lover’s knot,

For all lovers true to admire...

Read More Show Less
Next Site
Previous Site
Return to Map Page
You must have an internet or cellular connection to use Google Maps.
Travel Mode: