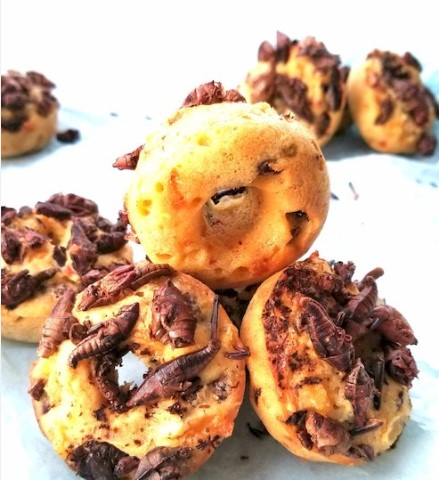 For insect recipes, see the link at the end of this diary entry! 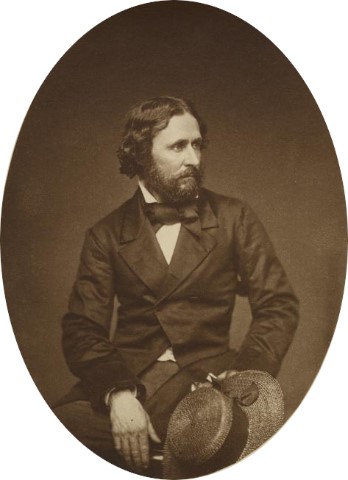 John Charles Fremont, explorer, led an exploration expedition through this valley in 1845.

At sunrise, clear and calm, with an agreeable temperature. The morning scene was beautifully grand. Our camp being in the shadow of the mountains, the face of the sun was invisible to us, long after his golden rays had tipped, one after another, the summits of the far-distant islands in the lake. By degrees the vast expanse of waters became illuminated, reflecting the bright beams of the god of day with dazzling effulgence. Our route to-day continued south, near the base of the range of mountains on our left. We frequently crossed deep ravines and piles of granite debris, with which the slope of the mountains in places is covered. Travelling about ten miles we reached the southern extremity of one of the bays of the Salt Lake. Beyond this there is a basin of water some three or four miles in circumference, surrounded by a smooth sandy beach. An immense number of ducks were walking and flying over this beach and playing in the basin. Approaching the shore of the pond, a solitary Indian rose from the weeds or grass near the water, and discovering us, he started immediately and ran with considerable speed towards a point of the mountains on our left. Several of us pursued and overtook him. He appeared much alarmed at first, but after shaking hands with us, and discovering that we had no hostile intentions, he soon forgot his fright. He carried in his hand a miserably lean duck, which he had just killed with an arrow. A quiver slung across his bare and tawny shoulders, was well supplied with this weapon. He was naked, with the exception of a small covering around his loins, and his skin was as dark as a dark mulatto. Learning from him that he was a Utah, we endeavored to make him comprehend that we wished to trade with his tribe for elk-meat. He shook his head, and appearing desirous of leaving us, we dismissed him. He was soon out of sight, hurrying away with long and rapid strides. Proceeding about two miles and turning the point of the mountain, we came to seven warm springs, so strongly impregnated with sulphur as to have left a deposite of this mineral in some places several feet in depth. These springs gush out near the foot of a high precipice, composed of conglomerate rock and a bluish sandstone. The precipice seems to have been uplifted by some subterraneous convulsion. The temperature of the water in the basins was about 90°. The water of most of them was bitter and nauseous. From these springs we crossed a level plain, on which we encamped at 11 o'clock, A. M., near a small stream of cold water flowing from the mountains, which is skirted with a few poplars and small willows. The grass immediately around our camp is fresh and green, but a short distance from us it is brown, dry, and crisp. After dinner we were visited by three Indians, one of whom was the man with the duck we saw this morning. The eldest of the three signified that he wished a friendly smoke and a “talk.” A pipe was produced and filled with tobacco. Lighting it, I drew two or three puffs and handed it to the old man, and it passed from him to his comrades until the tobacco was consumed. They appeared to enjoy the fumes of the smoke highly. We informed them of our wish to trade for meat. They signified that they had none. Three females of middle age, miserably clad and ugly, soon made their appearance, bringing baskets containing a substance, which, upon examination, we ascertained to be service-berries, crushed to a jam and mixed with pulverized grasshoppers. This composition being dried in the sun until it becomes hard, is what may be called the “fruitcake” of these poor children of the desert. No doubt these women regarded it as one of the most acceptable offerings they could make to us. We purchased all they brought with them, paying them in darning-needles and other small articles, with which they were much pleased. The prejudice against the grasshopper “fruit-cake” was strong at first, but it soon wore off, and none of the delicacy was thrown away or lost. Two of our party mounted their mules and rode to the Indian encampment to ascertain if there were not more Indians, and some from whom meat could be obtained. As soon as the men and women in our camp saw them riding in the direction of their lodges, they hastened away with great speed and in much alarm. Returning from the Indian encampment, Jacob and Brookey reported that there were no more Indians, and that no meat could be obtained. They saw a large quantity of grasshoppers, or crickets, (the insect I have before described,) which were being prepared for pulverization. The Indians of this region, in order to capture this insect with greater facility, dig a pit in the ground. They then make what hunters, for brevity of expression, call a surround;—that is, they form a circle at a distance around this pit, and drive the grasshoppers or crickets into it, when they are easily secured and taken. After being killed, they are baked before the fire or dried in the sun, and then pulverized between smooth stones. Prejudice aside, I have tasted what are called delicacies, less agreeable to the palate. Although the Utahs are a powerful and warlike tribe, these Indians appeared to be wretchedly destitute. A fire was raging on the mountain-side all night, and spread down into the valley, consuming the brown vegetation. The water of the small stream was made bitter with the ashes. Our camp-ground, we conjecture, is the same that was occupied by Captain Fremont last year.