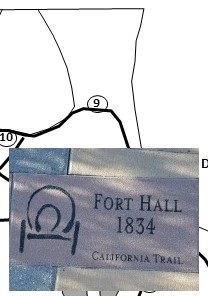 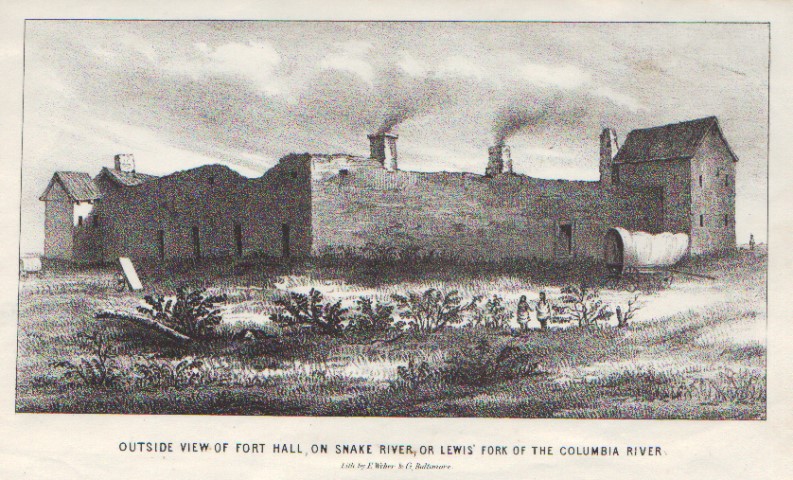 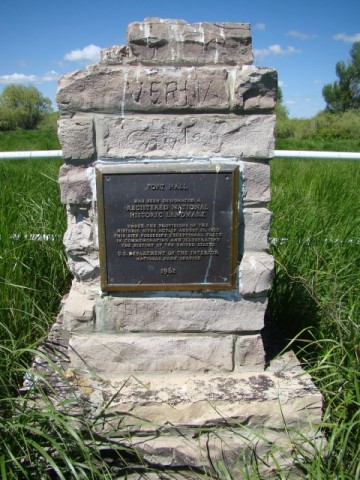 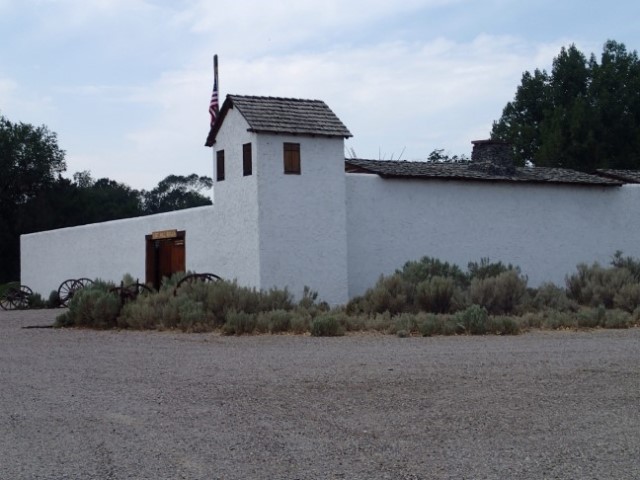 Inside the grounds of the replica

The Fort Hall fur trading post in present-day Idaho was founded in 1834 by Nathaniel J. Wyeth, an opportunistic New England businessman who dreamed of exploiting the natural resources of the Oregon country. Located near the confluence of the Snake and Portneuf Rivers, he built a stockade of cottonwood logs with two blockhouses. But he found he could not compete with the powerful Hudson's Bay Company, which the same year built a rival post, Old Fort Boise (Snake Fort), Idaho, 260 miles to the west at the confluence of the Boise and Snake Rivers.

Around 1837 the Hudson’s Bay Company purchased Fort Hall from Wyeth, reconstructed it with adobe, and enlarged it considerably. It then became a center of the Rocky Mountain fur trade and was such a lucrative enterprise that the Hudson’s Bay Company maintained it until approximately 1856, or a decade after the United States acquired full rights to the Oregon country from Great Britain.

Occupying a prime location only 50 miles northeast of the point where the Oregon-California Trail forked to Oregon and California, Fort Hall became a major way station and supply point for emigrants and travelers. Dr. Marcus Whitman, Reverend Henry H. Spalding, and Father Pierre Jean De Smet stopped there at various times. So did the explorer John C. Fremont in 1843, while probing the Far West. He recommended the establishment of a permanent military post at the spot to supply emigrants and protect them from the Indians. The Army never acted on his proposal, but troops later frequently camped at the fur post site or its vicinity.

A decline in trade and increasing Indian hostilities led the Hudson’s Bay Company to discontinue operations at Fort Hall sometime around 1856. For a few years, itinerant traders sometimes lived in the crumbling buildings. In 1859-60 and 1863 Regulars and Oregon Volunteers camped there while patrolling the trail. A flood in the latter year destroyed much of the fort. During the 1860s and 1870s overland stage and mail lines used the site, a key road junction, as a base. So, too, did freighters hauling supplies to mining camps in Oregon, Washington, Idaho, and Montana.

The original fur post site is on the Fort Hall Indian Reservation. A small monument stands about 50 yards from the edge of the American Falls Reservoir. The only surface remains are low earth mounds outlining the fort’s walls. Except for the waters of the reservoir, the natural scene is relatively unchanged. Though there are no remains at the original site of Fort Hall, a replica fort was built in Pocatello, Idaho in the 1960s. The Fort Hall Replica is a reproduction of the original Hudson’s Bay Fort, based on plans obtained from the Hudson’s Bay Company and extensive research based on early descriptions of the Fort from persons who lived at or visited Fort Hall.

Information based on an article by Kathy Weiser at legendsofamerica.com.

Both the original site and the replica location are marked on the map below.