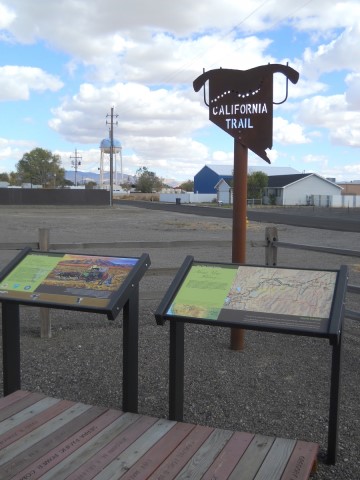 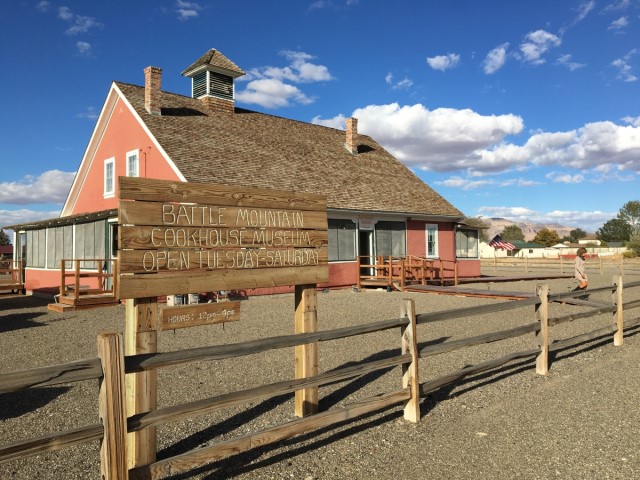 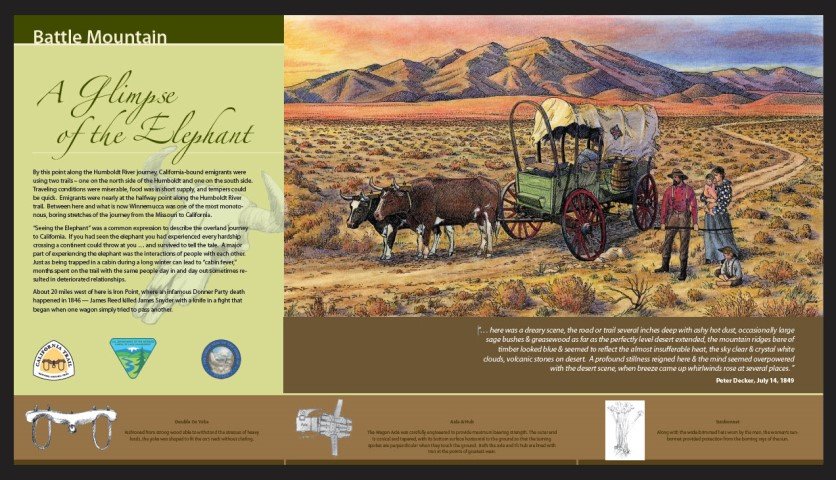 A Glimpse of the Elephant

By this point along the Humboldt River journey, California-bound emigrants were using two trails – one on the north side of the Humboldt and one on the south side. Traveling conditions were miserable, food was in short supply, and tempers could be quick. Emigrants were nearly at the halfway point along the Humboldt River trail. Between here and what is now Winnemucca was one of the most monotonous, boring stretches of the journey from the Missouri to California.

“Seeing the Elephant” was a common expression to describe the overland journey to California. If you had seen the elephant you had experienced every hardship crossing a continent could throw at you … and survived to tell the tale. A major part of experiencing the elephant was the interactions of people with each other. Just as being trapped in a cabin during a long winter can lead to “cabin fever,” months spent on the trail with the same people day in and day out sometimes resulted in deteriorated relationships.

About 20 miles west of here is Iron Point, where an infamous Donner Party death happened in 1846 — James Reed killed James Snyder with a knife in a fight that began when one wagon simply tried to pass another. 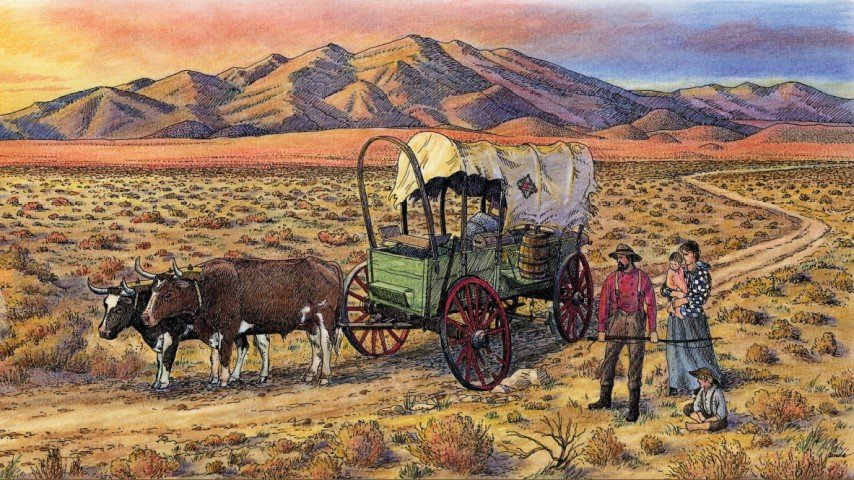