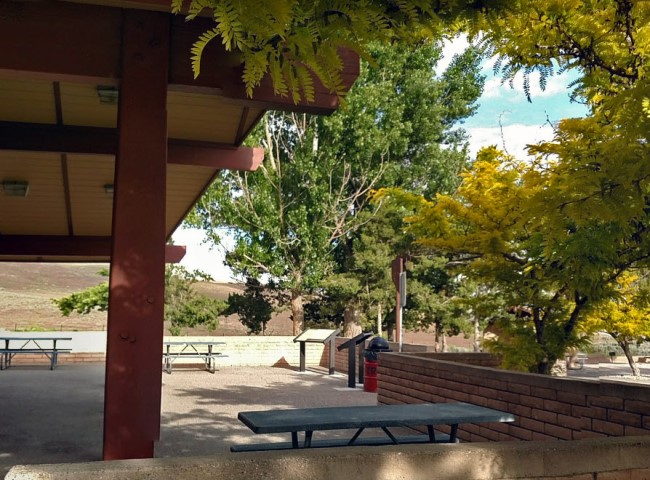 The Beowawe wayside exhibit is located in the two (EB & WB) rest areas off of I-80 near Beowawe. At the time of creation of this app the rest area was closed indefinitely. 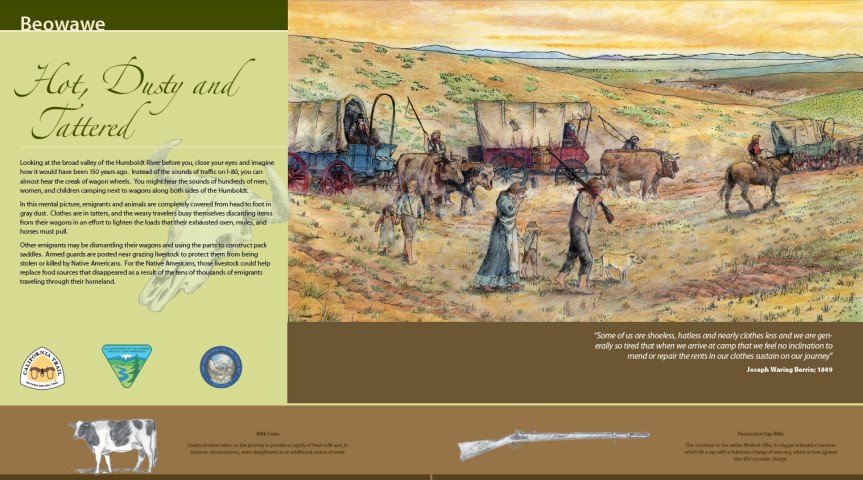 Looking at the broad valley of the Humboldt River before you, close your eyes and imagine how it would have been 150 years ago. Instead of the sounds of traffic on I-80, you can almost hear the creak of the wagon wheels. You might hear the sounds of hundreds of men, women, and children camping next to wagons along both sides of the Humboldt.

In this mental picture, emigrants and animals are completely covered from head to foot in gray dust. Clothes are in tatters, and the weary travelers busy themselves discarding items from their wagons in an effort to lighten the loads that their exhausted oxen, mules, and horses must pull.

Other emigrants may be dismantling their wagons and using the parts to construct pack saddles. Armed guards are posted near grazing livestock to protect them from being stolen or killed by Native Americans. For the Native Americans, those livestock could help replace food sources that disappeared as a result of the tens of thousands of emigrants traveling through their homeland. 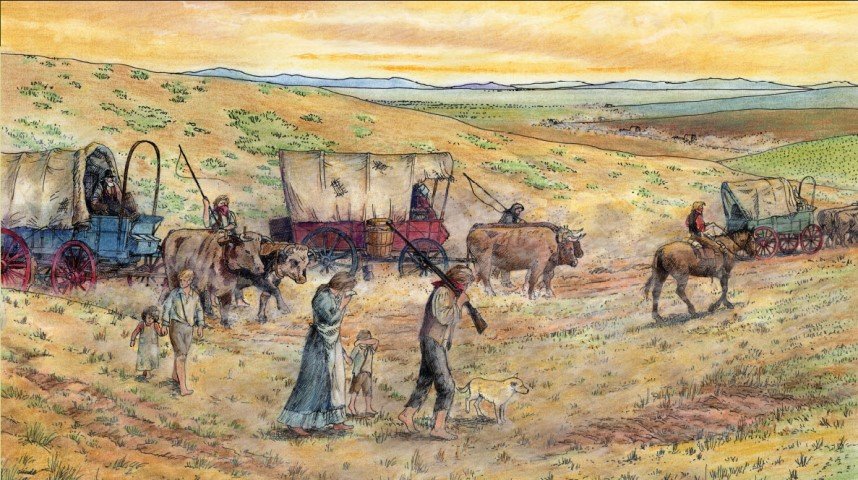 "Some of us are shoeless, hatless and nearly clothes less and we are generally so tired when we arrive at camp that we feel no inclination to mend or repair the rents our clothes sustain on our journey" - Joseph Waring Berrien, July 11, 1849

Waring's diary can viewed and downloaded from Scholarworks.