NOTE: The rest area where this wayside exhibit resides has closed and the exhibit has been moved. As soon as the new location is available, this app will be updated. 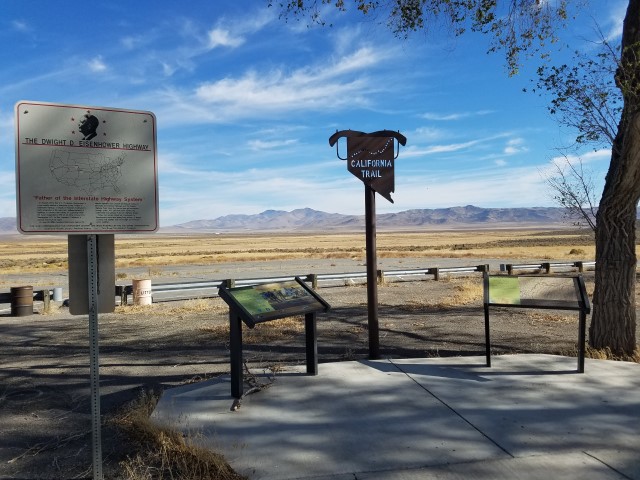 The Button Point wayside exhibit is located in the I-80 Button Point (Exit 187) rest area, which was indefinitely closed at the time this app was developed. 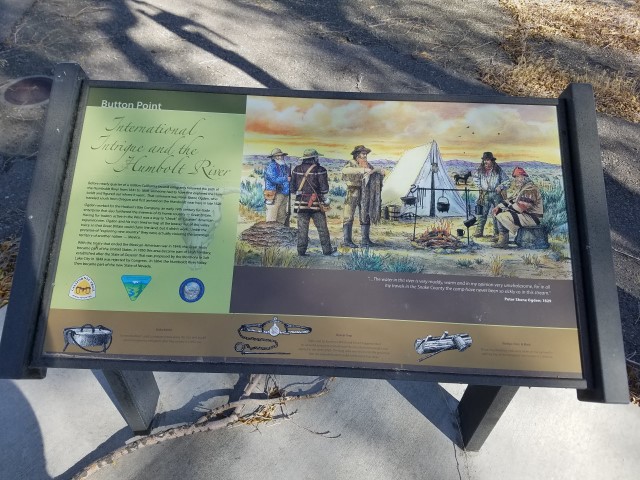 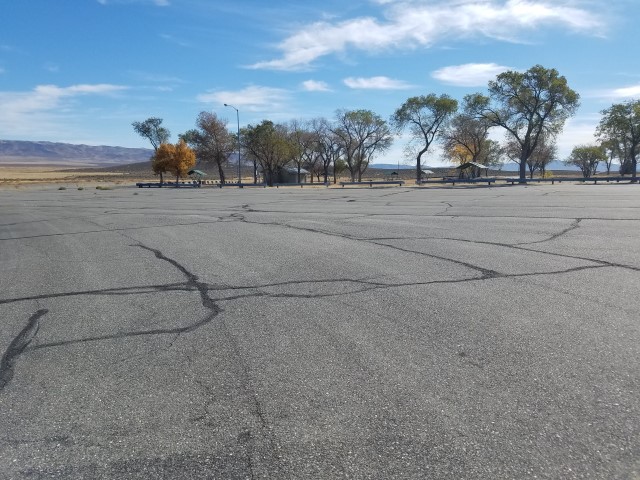 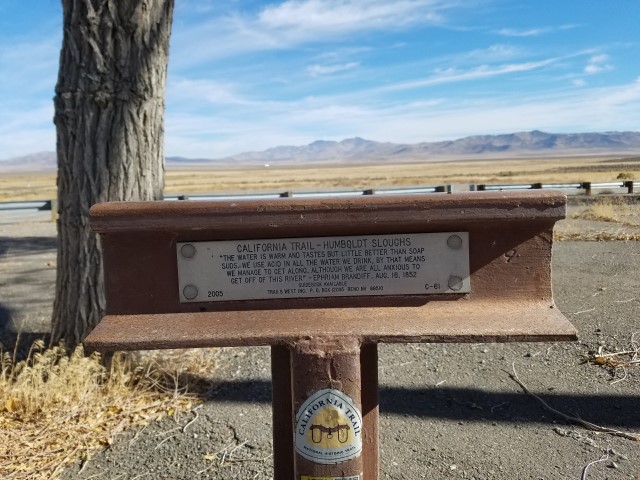 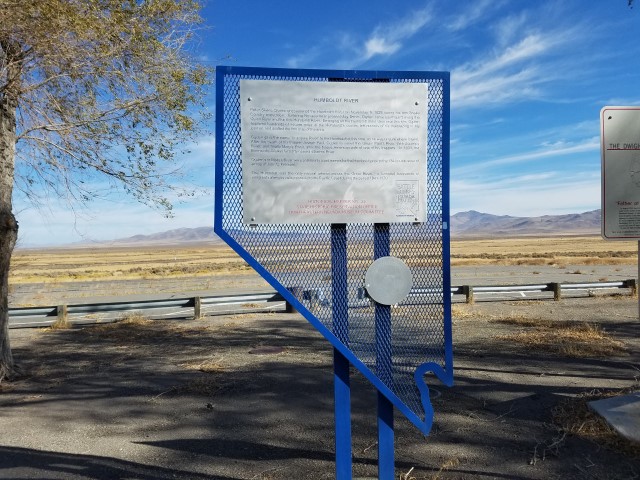 There are two Nevada Historical Markers here as well. 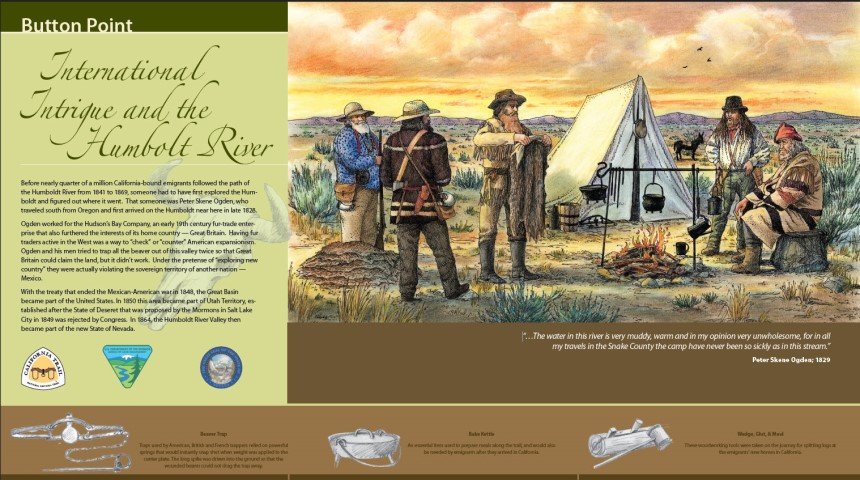 INTERNATIONAL INTRIGUE AND THE HUMBOLDT RIVER

Before nearly a quarter of a million California-bound emigrants followed the path of the Humboldt River from 1841 to 1869, someone had to have first explored the Humboldt and figured out where it went. That someone was Peter Skene Ogden, who traveled south from Oregon and first arrived on the Humboldt near here in late 1828.

Ogden worked for the Hudson's Bay Company, an early 19th century fur trade enterprise that also furthered the interests of its home country - Great Britain. Having fur traders active in the West was a way to "check" or "counter" American expansionism. Ogden and his men tried to trap all the beaver out of this valley twice so that Great Britain could claim the land, but it didn't work. Under the pretense of "exploring new country" they were actually violating the sovereign territory of another nation - Mexico.

With the treaty the ended the Mexican-American war in 1848, the Great Basin became part of the United States. In 1850 this area became part of Utah Territory, established after the State of Deseret that was proposed by the Mormons in Salt Lake City in 1849 was rejected by Congress. In 1864 the Humboldt Valley then became part of the new state of Nevada. 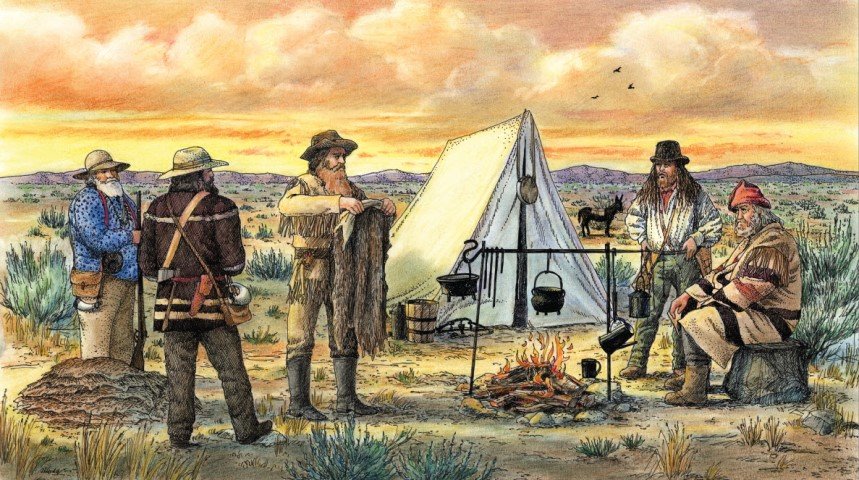 "... The water in this river is very muddy, warm and in my opinion very unwholesome, for in all my travels in the Snake County the camp have never been so sickly as in this stream." - Peter Skene Ogden, 1829

While we were unable to locate this specific reference, many of Ogden's journals can be read at this website.