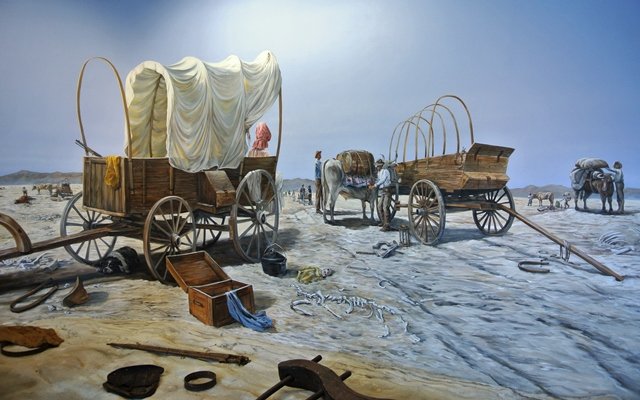 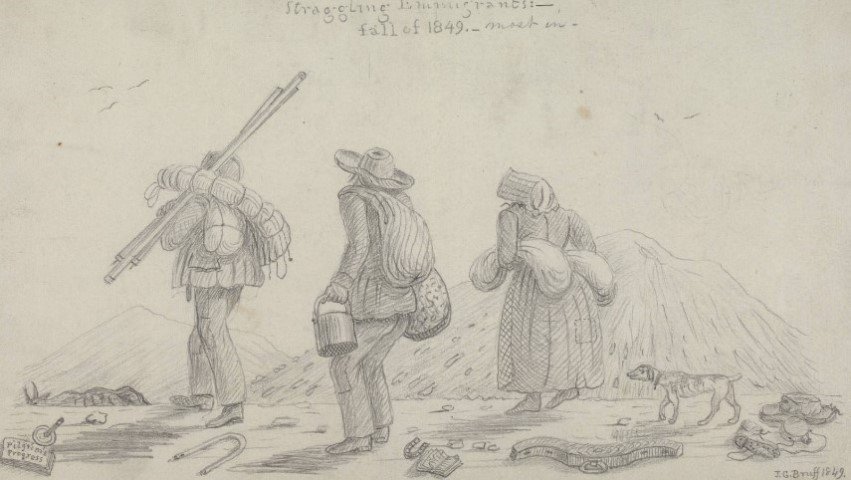 This drawing by Joseph Goldsborough Bruff (1804-1889) is called "Straggling Emigrants: fall of 1849". In the lower left of the sketch appears the words "Pilgrim's Progress" as if printed on a book. It is a 5 inch x 9 inch pencil drawing held in the collections of the Huntington Library, Art Museum, and Botanical Gardens.

Joseph Goldsborough Bruff is best known as a topographer, journalist, and artist of the gold rush era. Bruff was born in Washington, D.C., on October 2, 1804. He attended West Point from 1820 until his resignation in 1822. From 1827-1836 he worked as a topographical engineer, predominantly at Gosport Naval Yard in Norfolk, Virginia. He returned to Washington, D.C., in 1837 and from 1838-1849 worked for the U.S. Bureau of Topographical Engineers. Bruff then organized the Washington City and California Mining Association, which he accompanied to California. While in California he produced extensive journals and drawings of the mining camp experience. In 1853 Bruff returned to Washington, D.C., where he worked in office of the Supervising Architect of the Treasury Department until his death on April 14, 1889. 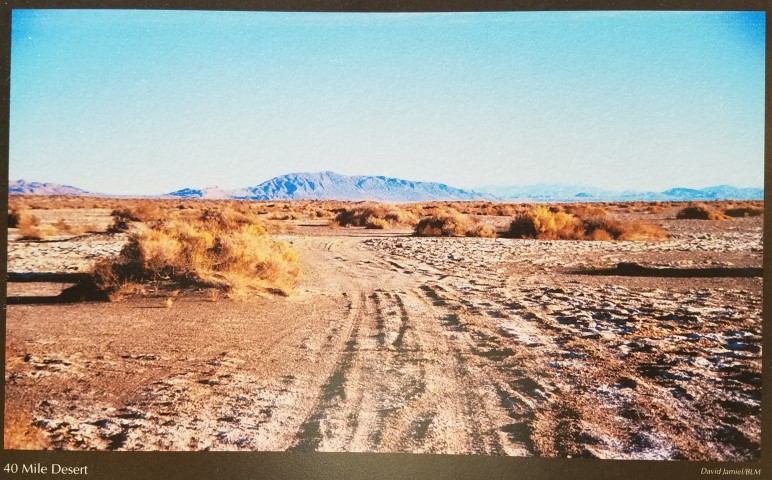 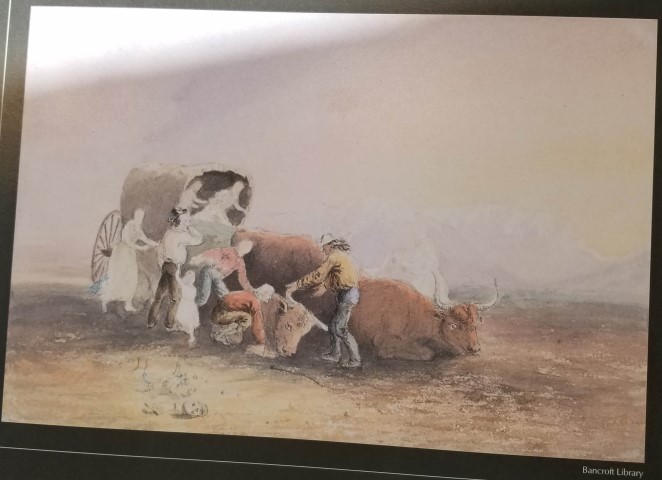 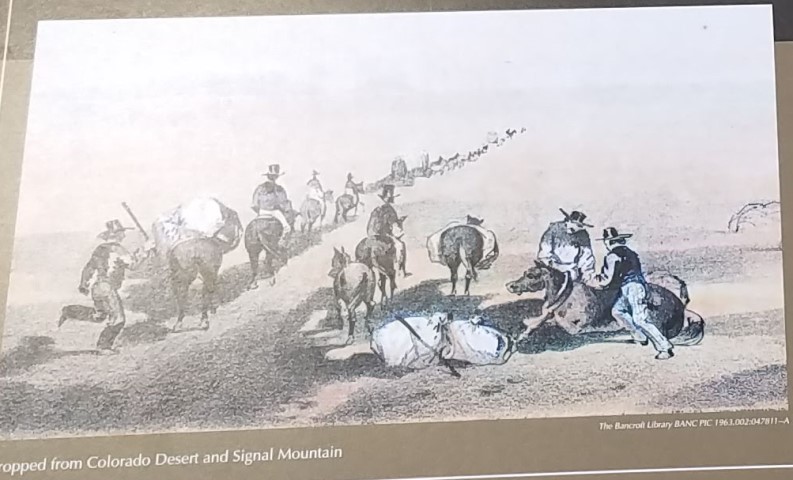 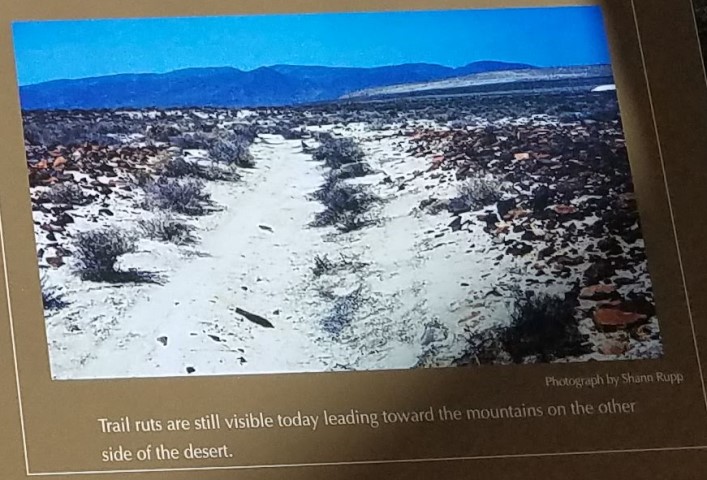 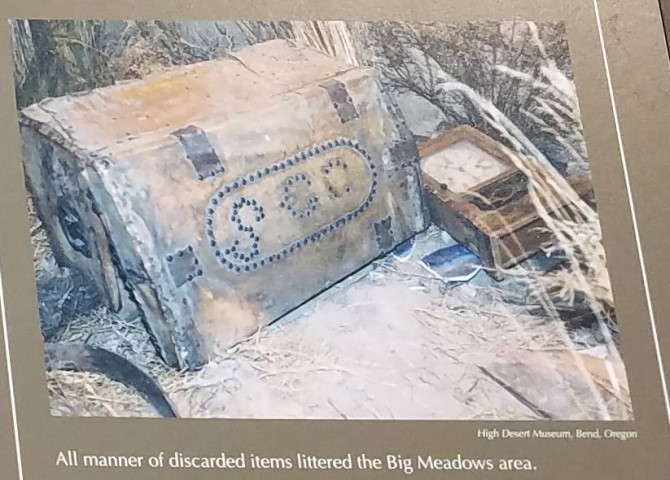 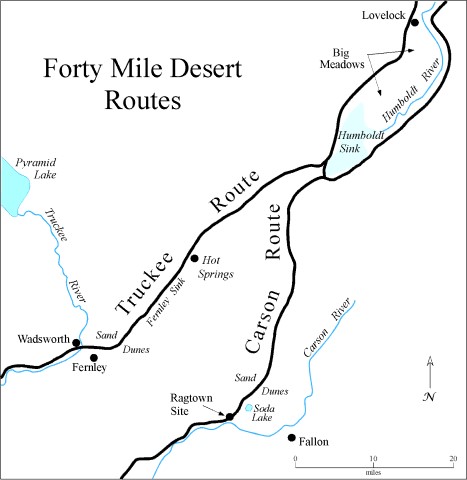 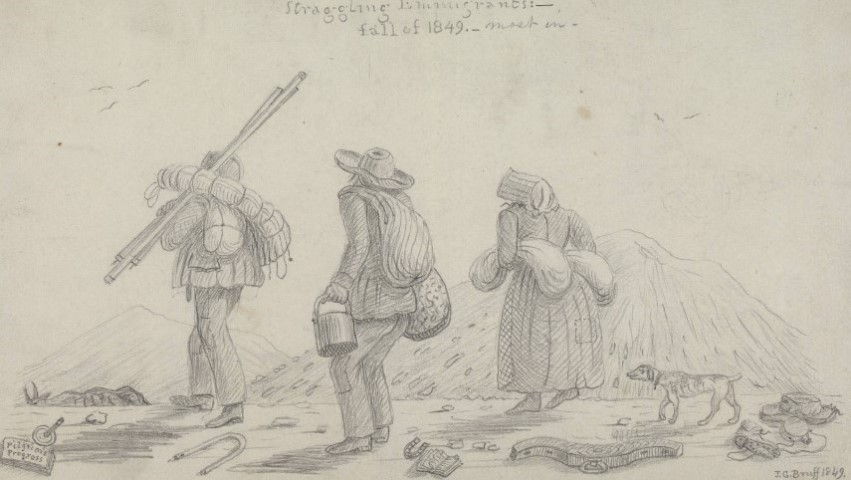 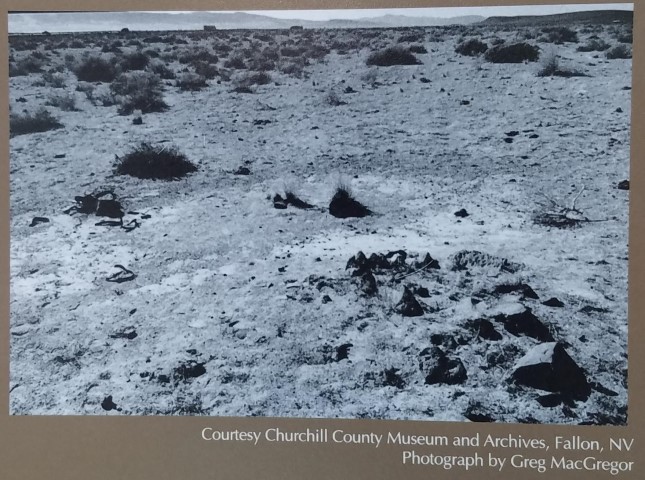