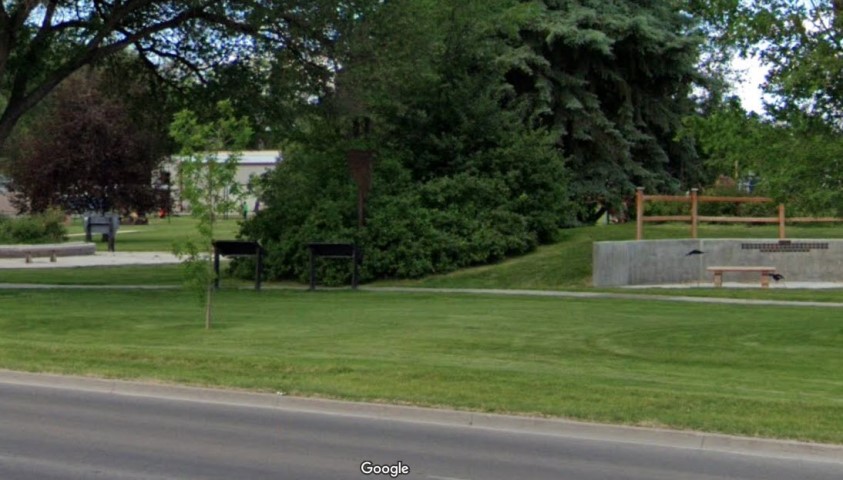 This wayside is located in Elko's main City Park next to Idaho Street. 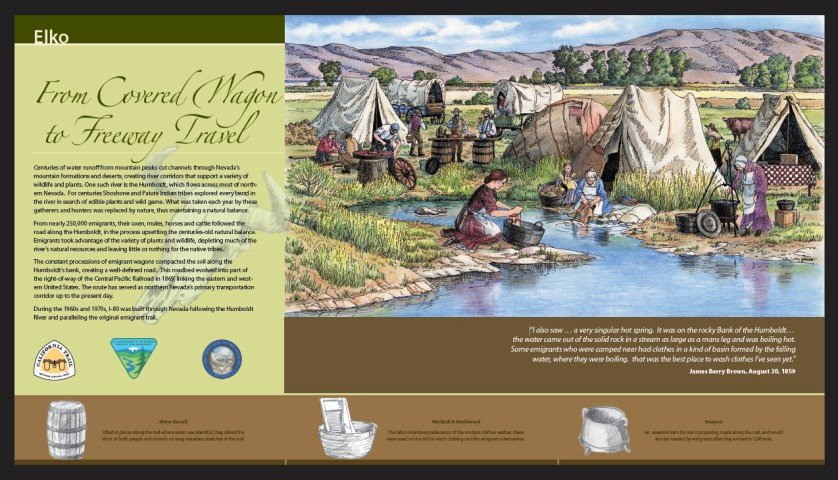 From Covered Wagon to Freeway Travel

Centuries of water runoff from mountain peaks cut channels through Nevada’s mountain formations and deserts, creating river corridors that support a variety of wildlife and plants. One such river is the Humboldt, which flows across most of northern Nevada. For centuries Shoshone and Paiute Indian tribes explored every bend in the river in search of edible plants and wild game. What was taken each year by these gatherers and hunters was replaced by nature, thus maintaining a natural balance.

From nearly 250,000 emigrants, their oxen, mules, horses and cattle followed the road along the Humboldt, in the process upsetting the centuries-old natural balance. Emigrants took advantage of the variety of plants and wildlife, depleting much of the river’s natural resources and leaving little or nothing for the native tribes.

The constant processions of emigrant wagons compacted the soil along the Humboldt’s bank, creating a well-defined road. This roadbed evolved into part of the right-of-way of the Central Pacific Railroad in 1869, linking the eastern and western United States. The route has served as northern Nevada’s primary transportation corridor up to the present day.

During the 1960s and 1970s, I-80 was built through Nevada following the Humboldt River and paralleling the original emigrant trail. 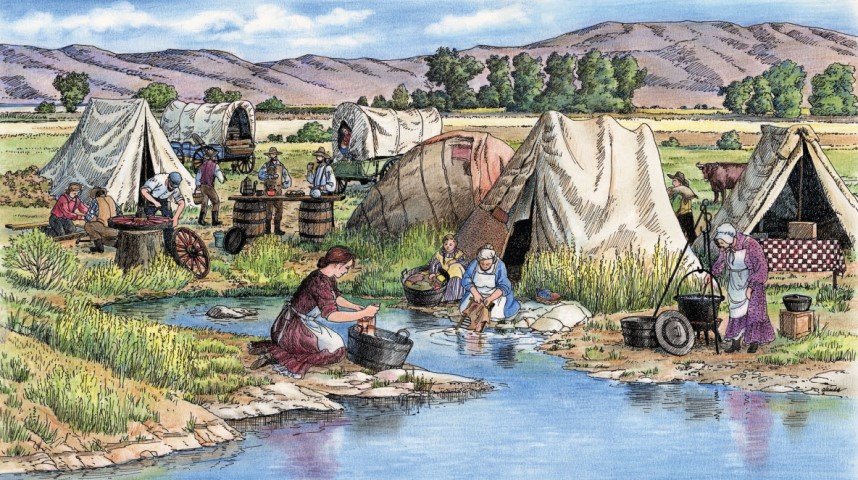 “I also saw … a very singular hot spring. It was on the rocky Bank of the Humboldt. . . the water came out of the solid rock in a stream as large as a mans leg and was boiling hot. Some emigrants who were camped near had clothes in a kind of basin formed by the falling water, where they were boiling. that was the best place to wash clothes I’ve seen yet.” - James Berry Brown, August 30, 1859