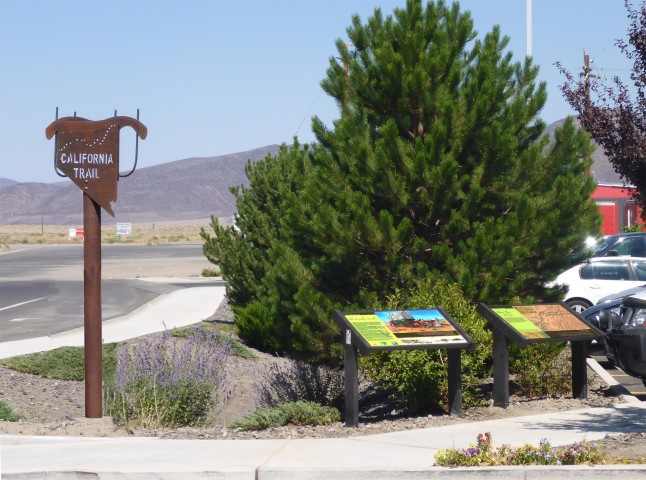 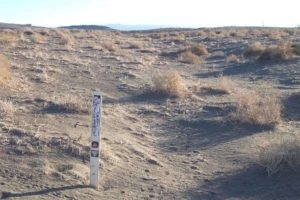 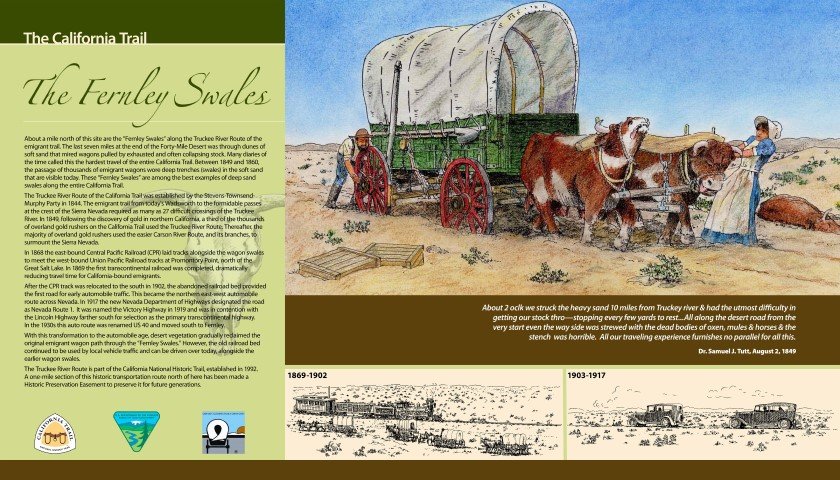 About a mile north of this site are the "Fernley Swales" along the Truckee River Route of the emigrant trail. The last seven miles at the end of the Forty-Mile Desert was through dunes of soft sand that mired wagons pulled by exhausted and often collapsing stock. Many diaries of the time called this the hardest travel of the entire California Trail. Between 1849 and 1860, the passage of thousands of emigrant wagons wore deep trenches (swales) in the soft sand that are visible today. These "Fernley Swales" are among the best examples of deep sand swales along the entire California Trail.

The Truckee River Route of the California Trail was established by the Stevens-Townsend-Murphy Party in 1844. The emigrant trail from today's Wadsworth to the formidable passes at the crest of the Sierra Nevada required as many as 27 difficult crossings of the Truckee River. In 1849, following the discovery of gold in northern California, a third of the thousands of overland gold rushers on the California Trail used the Truckee River Route. Thereafter, the majority of overland gold rushers used the easier Carson River Route, and its branches, to surmount the Sierra Nevada.

After the CPR track was relocated to the south in 1902, the abandoned railroad bed provided the first road for early automobile traffic. This became the northern east-west automobile route across Nevada. In 1917 the new Nevada Department of Highways designated the road as Nevada Route 1. It was named the Victory Highway in 1919 and was in contention with the Lincoln Highway farther south for selection as the primary transcontinental highway. In the 1930s this auto route was renamed US 40 and moved south to Fernley.

With this transformation to the automobile age, desert vegetation gradually reclaimed the original emigrant wagon path through the "Fernley Swales." However, the old railroad bed continued to be used by local vehicle traffic and can be driven over today, alongside the earlier wagon swales.

The Truckee River Route is part of the California National Historic Trail, established in 1992. A one-mile section of this historic transportation route north of here has been made a Historic Preservation Easement to preserve it for future generations. 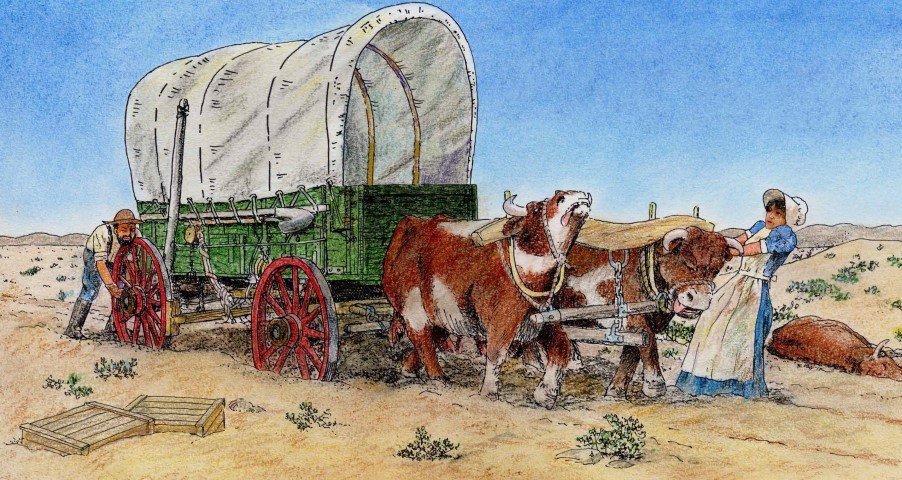 "About 2 oclk we struck the heavy sand 10 miles from Truckey river & had the utmost difficulty in getting our stock thro - stopping every few yards to rest... All along the desert road from the very start even the way side was strewed with the dead bodies of oxen, mules & horses & the stench was horrible. All our traveling experience furnishes no parallel for all this." - Dr. Samuel J. Tutt, August 2, 1849