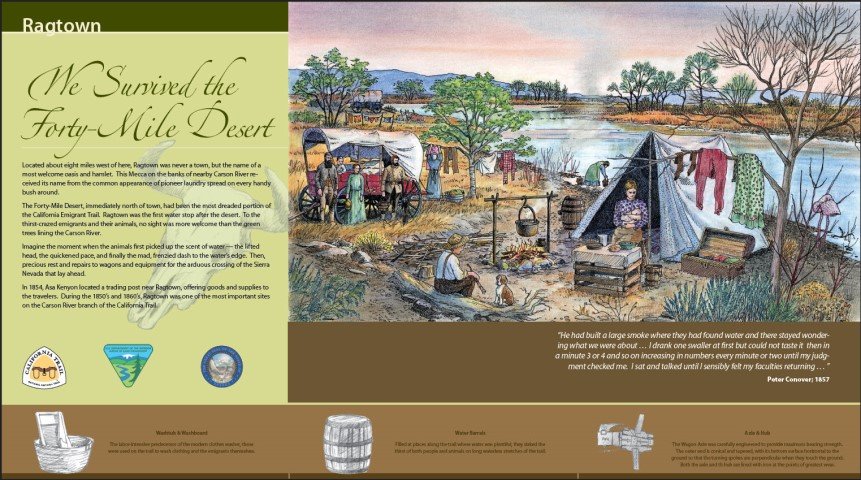 WE SURVIVED THE FORTY-MILE DESERT

Located about eight miles west of here, Ragtown was never a town, but the name of a most welcome oasis and hamlet. This Mecca on the banks of nearby Carson River received its name from the common appearance of pioneer laundry spread on every handy bush around.

The Forty-Mile Desert, immediately north of town, had been the most dreaded portion of the California Emigrant Trail. Ragtown was the first water stop after the desert. To the thirst-crazed emigrants and their animals, no sight was more welcome than the green trees lining the Carson River.

Imagine the moment when the animals first picked up the scent of water — the lifted head, the quickened pace, and finally the mad, frenzied dash to the water’s edge. Then, precious rest and repairs to wagons and equipment for the arduous crossing of the Sierra Nevada that lay ahead.

In 1854, Asa Kenyon located a trading post near Ragtown, offering goods and supplies to the travelers. During the 1850’s and 1860’s, Ragtown was one of the most important sites on the Carson River branch of the California Trail. 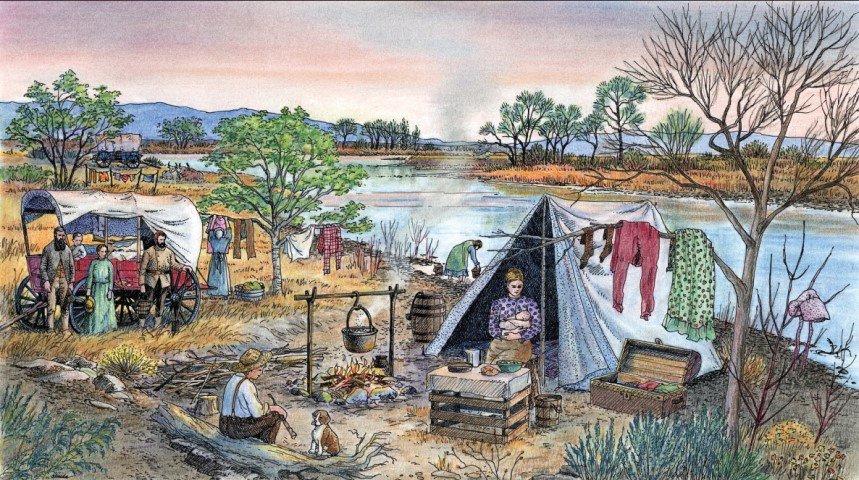 “He had built a large smoke where they had found water and there stayed wondering what we were about … I drank one swaller at first but could not taste it then in a minute 3 or 4 and so on increasing in numbers every minute or two until my judgment checked me. I sat and talked until I sensibly felt my faculties returning …” - Peter Conover, 1857