"Took leave of my wife and Br. Brown drove ahead and found a very hard hill to ascend which is a divide between Utah and Salt Lake Valleys. ... Proceeding down the divide we came in sight of Utah Lake. This is a beautiful sheet of water some forty miles long and lies in a sort of triangle. It is surrounded by a large valley covered with a heavy growth of grass." - Addison Pratt, October 5, 1849

This post is also the marker for the Utah Central Overland Trail #5 (COTU-5).

"came in sight of the grove in which is the Fort when the 'old Pioneer Gun' belched forth our introduction to the Fort - the brethren were collecting in their Cattle for the night when we arrived - on crossing the Island we saw some as beautiful timber as any in the Valley - we then crossed the 'Provo' a beautiful river about 5 rods wide & from 16 to 24 inches deep - on reaching the bank we were met by all the Inhabitants" - Thomas Bullock, September 15, 1849 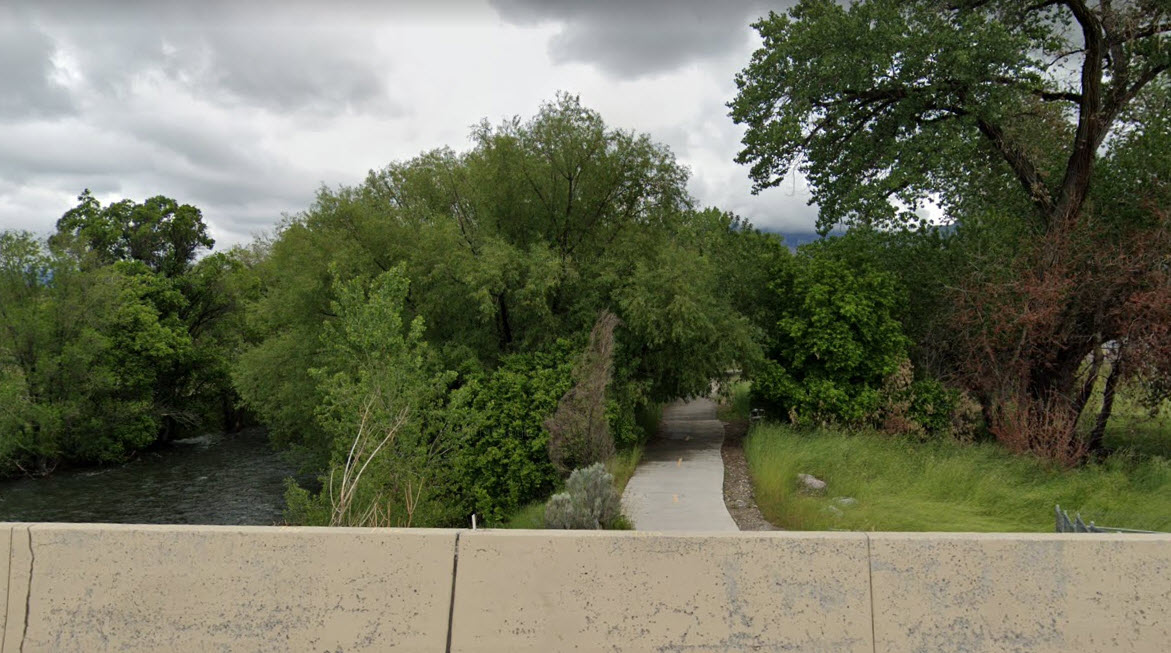 Marker SL SCR UT-2 can be found along the walking path next to the Provo River near where I-15 crosses it. 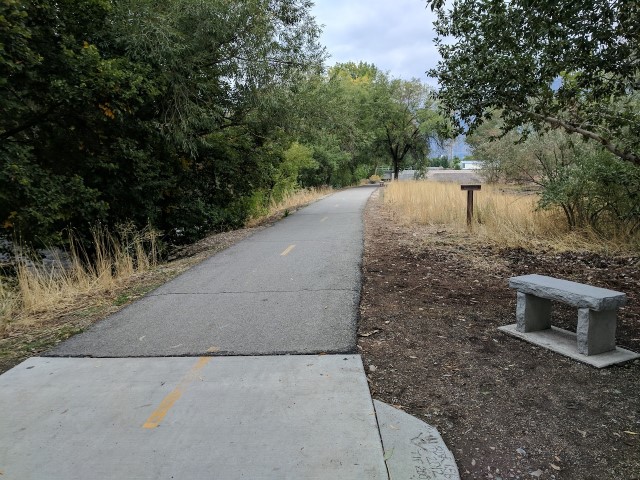 Marker SL SCR UT-2 can be found along the walking path next to the Provo River near where I-15 crosses it.

"... a considerable Portion of the land between the Spanish Fork & F.P. [Fort Peteetneet] is low & marshy & Bad to cross especialy with heavy loaded waggons.... some of the waggons required 9 yokes of oxen to get them through the sloughs - this is also a lovely Place & Bids fair for fine setlement, dis 7 ms & 69 from the Great Salt City." - John Doyle Lee, December 18, 1850 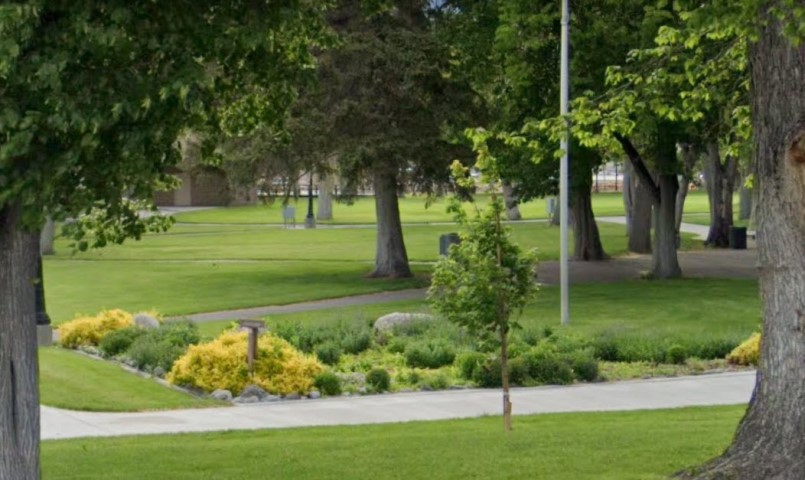 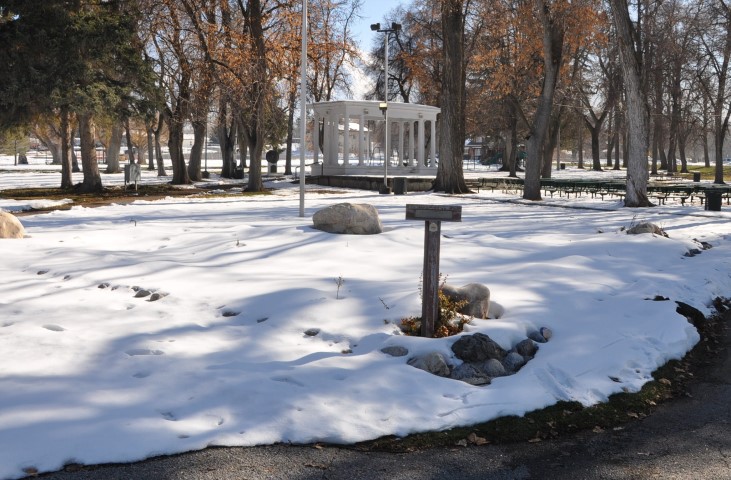 "This day had a very dusty road. The most of the road was descending. Went fifteen miles and camped on a beautiful bottom [Chicken Creek]. A train of packers passed us. Had a pleasant day." - Sheldon Young, October 8, 1849 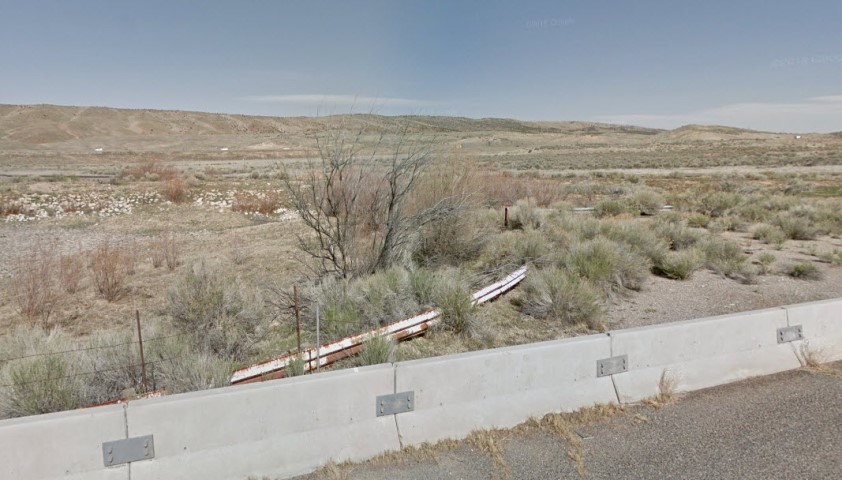 "Had some rough roads. Went sixteen miles and came to the Sevier [River] and camped. Plenty of Snake Indians about camp to trade. An old flintlock gun will fetch a good pony. Pleasant day. had a shower of rain last night." - Sheldon Young, October 9, 1849

"... we crossed the dry bed of a creek, & then ascended a hill & then up a Canion about 1 1/2 miles no water in it after crossing the ridge decending we came into a large wide Canion feed growing very luxuriently. we came into an extensive Valley little water sage Brush plentiful feed prety good: about 25 miles from the Sever we came to some mountain springs which we called Cedar Springs." - William Farrer, October 18, 1849 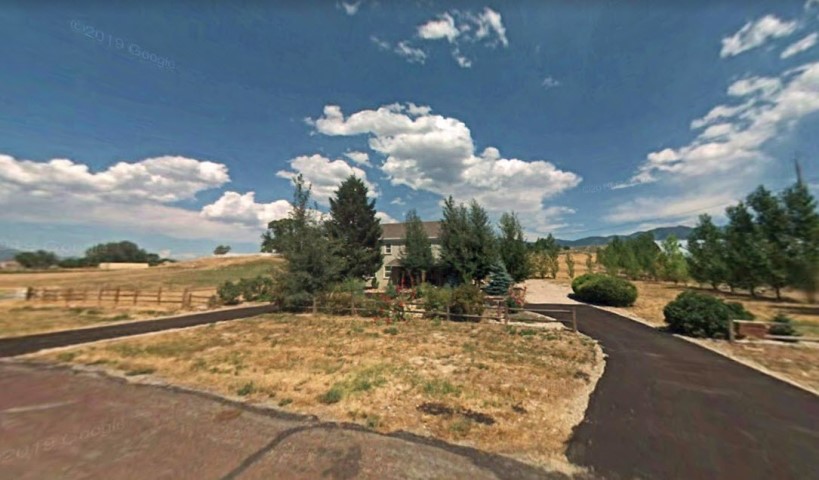 Marker SL SCR UT-6 can be seen in the front yard of this home in Holden, Utah

"16th Passed over some beautiful rich bottoms covered with green grass which is uncommon at this season of the year on this route. Passed over a high divide into a beautiful round valley [Cove Fort]. I shot the largest hare in this valley I have ever seen. 23 miles today." - Addison Pratt, October 16, 1849 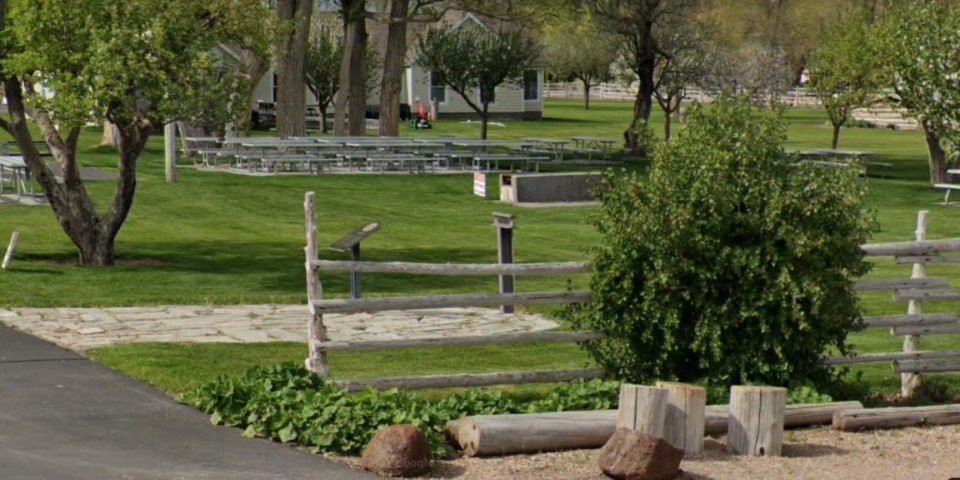 "last night we had a severe snow storm. traveled about 7 miles down the beaver to the kannion & found the road was not possible. traveled 7 miles East close to the foot of the mountains where we struck a road that bore south through the mountains. traveled about 4 miles and found good feed & plenty of wood. no water. we traveled 18 miles & made 8 miles from where we camped last night" - Howard Egan, November 28, 1849 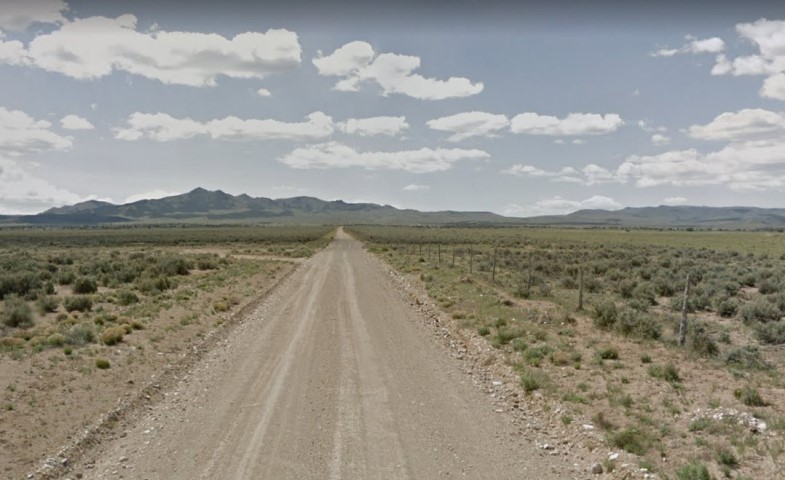 Looking south down the road leading to Marker SL SCR UT-8. It lies just west of the road in this picture.