If you are pressed for time, or just want to revisit the content, this page allows you to view the text and images available on the interpretive panels in the Sierra Nevada room.

At Roller Pass, travelers used a windlass to pull wagons straight up the 150-foot face of the mountain. Once over the summit, the long downhill descent to the Sacramento Valley created a new challenge. At Steep Hollow, travelers rough locked their wagon wheels with chains and slid them to the bottom, tying on young trees for drag. The hollow became so filled with trees used for drag that it looked like a lumberyard.

The Stephens-Townsend-Murphy party had to dismantle its wagons and pull them up the mountain in order to cross the Sierra Nevada.

“Superlatives are vain and language weak in an effort to describe the badness of this road; hilly, rocky, sideling, and precipitous. We let the wagons down the rocks some sixty feet in one place; other places we kept the cattle on but attached ropes to ease the wagons down.” – John Edwin Banks, 1849

The Sierra Nevada presented the last great challenge before reaching California. Crossing the Sierra Nevada required special strength of worn-down emigrants. Approaching from the east, the mountains formed a barrier 50 to 80 miles wide and 400 miles long. Two rocky, winding, and steep routes headed up the Truckee and Carson Rivers to summit passes.

From the summit of the passes it was still many miles over sometimes very rough roads to the mining camps and towns in California. The numerous mining camps that opened after 1849 encouraged the establishment of new trails across the mountains.

“Of all the roads I ever read of this is the worst a man could not believe that horses & wagons could ascend at all it is so steep that we have to take hold of rocks to climb up.” – Andrew Jackson Griffith, 1850

Travelers gathered all their physical and emotional strength for the final push over the Sierra Nevada.

“The summit is crossed! We are in California! Far away in the haze the dim outlines of the Sacramento Valley are discernable! We are on the down grade now and our famished animals may pull us through.” – Niles Searls, 1849

1846 - Donner Party trapped by snow in the mountains

1847 - Survivors of the Donner Party rescued

“The snow was high above the roofs. Inclined planes led up from the cabins at the top of the snow, and up these slopes the dead bodies had been dragged with ropes since the starving people had not been able to lift them. Some bodies now lay upon the snow wrapped in quilts.” – Excerpt from the book “Ordeal by Hunger” by George R. Stewart

"DO YOU COME FROM HEAVEN?"

Conditions at the snow-trapped camps became grim as food supplies ran out. In mid-December fifteen of the strongest emigrants attempted to make it over the pass on snowshoes. They ran out of food, and hit by snowstorm after snowstorm, many resorted to cannibalism to survive. Seven surviving snowshoers reached Johnson's Ranch more than a month later. Their reports prompted four relief parties to organize and go to the Donner camps.

On February 19, 1847, the first relief party crossed the Truckee Lake on the ice and came to a snow-covered area where the expected to find the emigrants. A starving woman emerged from a hole in the snow and asked in a hollow voice, "Are you men from California, or do you come from heaven?"

“at sundown reached the Cabins and found the people in great distress such as I never before witnessed.” – Reason P. Tucker, First Relief, February 1847

Patrick Breen's diary is the only contemporary written account of the winter entrapment. Breen was rescued by the Third Relief.

“Snowing fast … looks as likely to continue as when it commenced no liveing thing without wings can get about” – Patrick Breen, November 1846

"FEEDING ON THE DEAD"

As the long winter months in the camp wore on, some people resorted to feeding on the dead, while others survived on boiled cattle hides, dog meat, and what little food they had left. Virginia Reed later wrote that the boiled hides "were simply a pot of glue."

Nearly half of the eighty-one people trapped in the mountains died. Twenty-four died in the camps, eight in efforts to leave. The Donner family suffered the most, losing all four adults and four children. All of the Reeds survived.

“hungry times in camp…. Mrs. Murphy said here yesterday that [she] thought she would Commence on Milt. [Elliott] & eat him.” – Patrick Breen, February 1847

“Here I met my own wife and two of my little children…. I cannot describe the death-like look of them. ‘Bread, bread, bread’ was the begging of every child and grown person.” – James Reed, Second Relief, February 1847

Several factors contributed to the Donner Party's tragic experience. Weak leadership from George Donner, the overconfidence of James Reed, the belief in Lansford Hastings' promises of a shorter route, and the inability to work together set the stage for a catastrophe. The Donner Party's compelling story became known as an example of the worst that could happen to a group that missed crossing the Sierra Nevada before winter set in.

Virginia Reed wrote to her cousin soon after she was rescued, "never take no cutofs and hury along as fast as you can."

“we went on to the pass the snow was so deep we were unable to find the road, when within 3 miles of the summit then turned back.” – Patrick Breen, 1846

The emigrants followed the Walker River as far as they could and then turned westward into the mountains. With an unreliable guide and little food, they struggled for three weeks, following canyons, crossing snow bound passes, and worrying that they might never reach California.

Finally they found the Clark Fork of the Stanislaus River and followed it into the foothills of today's Tuolumne County. When the emigrants reached the plains of the San Joaquin Valley, they were relieved to find abundant game to hunt along the rivers. After a short rest they pushed on and arrived at John Marsh's ranch at the base of Mount Diablo on November 4.

“I walked barefooted until my feet were blistered. We lived on roasted acorns for two weeks.” – Nancy Kelsey, Reminiscence of 1841

Listen to the Bidwell/Bartleson story from the crossing of the Sierra Nevadas.

"THAT NIGHT IT SNOWED"

On the evening of October 31, 1846, the exhausted forward group of the Donner Party climbed to within a few miles of the pass over the Sierra. An early, unusually heavy snowfall made it impossible to cross the pass, forcing them to retreat to the lake. Eighty-one men, women, and children set up winter camp in two groups, one at the lake and the other at Alder Creek. James Reed, who had by then arrived in California, rushed back with supplies, but bad weather forced him to turn back.

"On the Way to the Summit" in Virginia Reed's 1891 memoir Across the Plains in the Donner Party. Originally published in The Century magazine, July 1891. Illustration by Frederick Remington.

“On the 30th of October, 1846, we camped in a pretty little valley about five miles from Donner Lake; that night it snowed about eight inches deep.” – William C. Graves, Reminiscence of 1846

Listen to the Donner/Reed story from the crossing of the Sierra Nevadas. 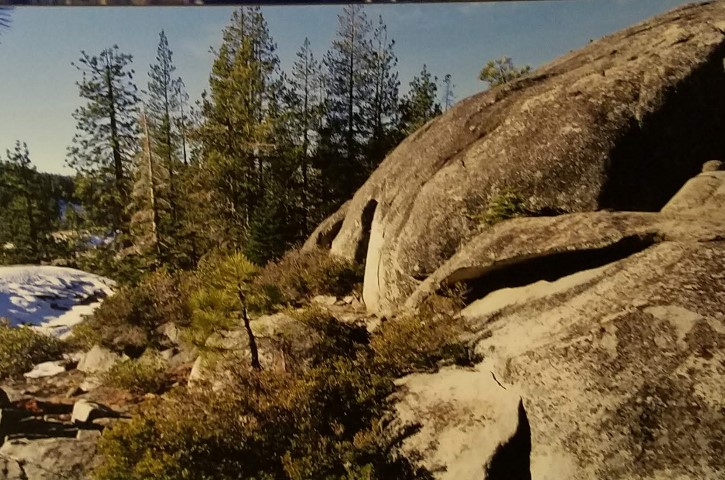 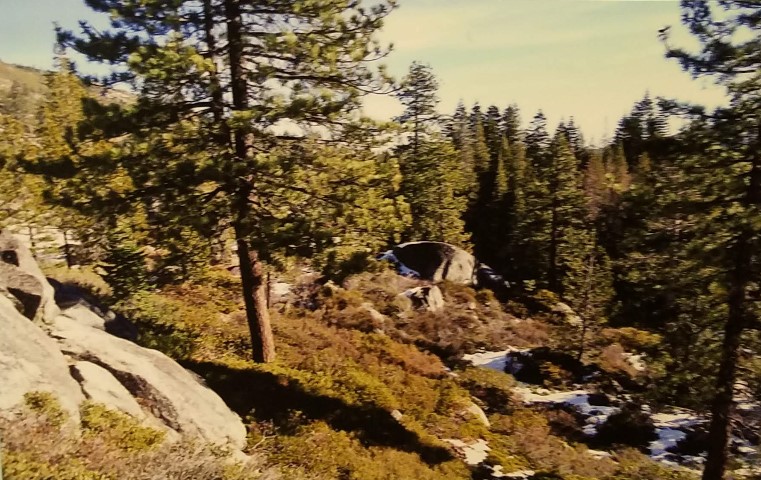 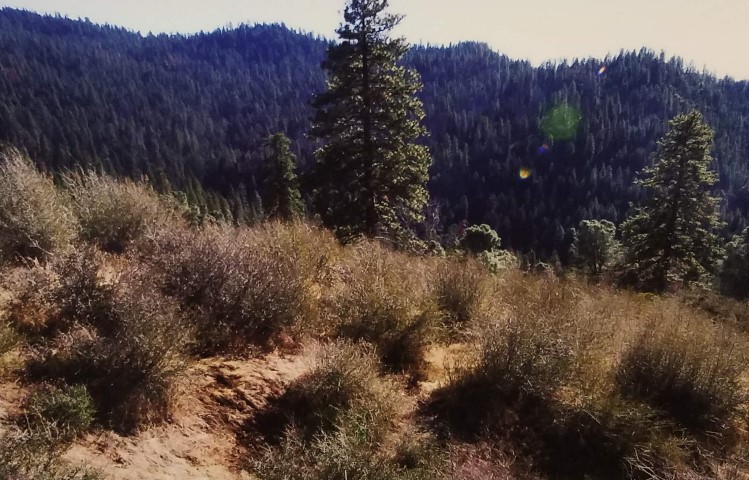 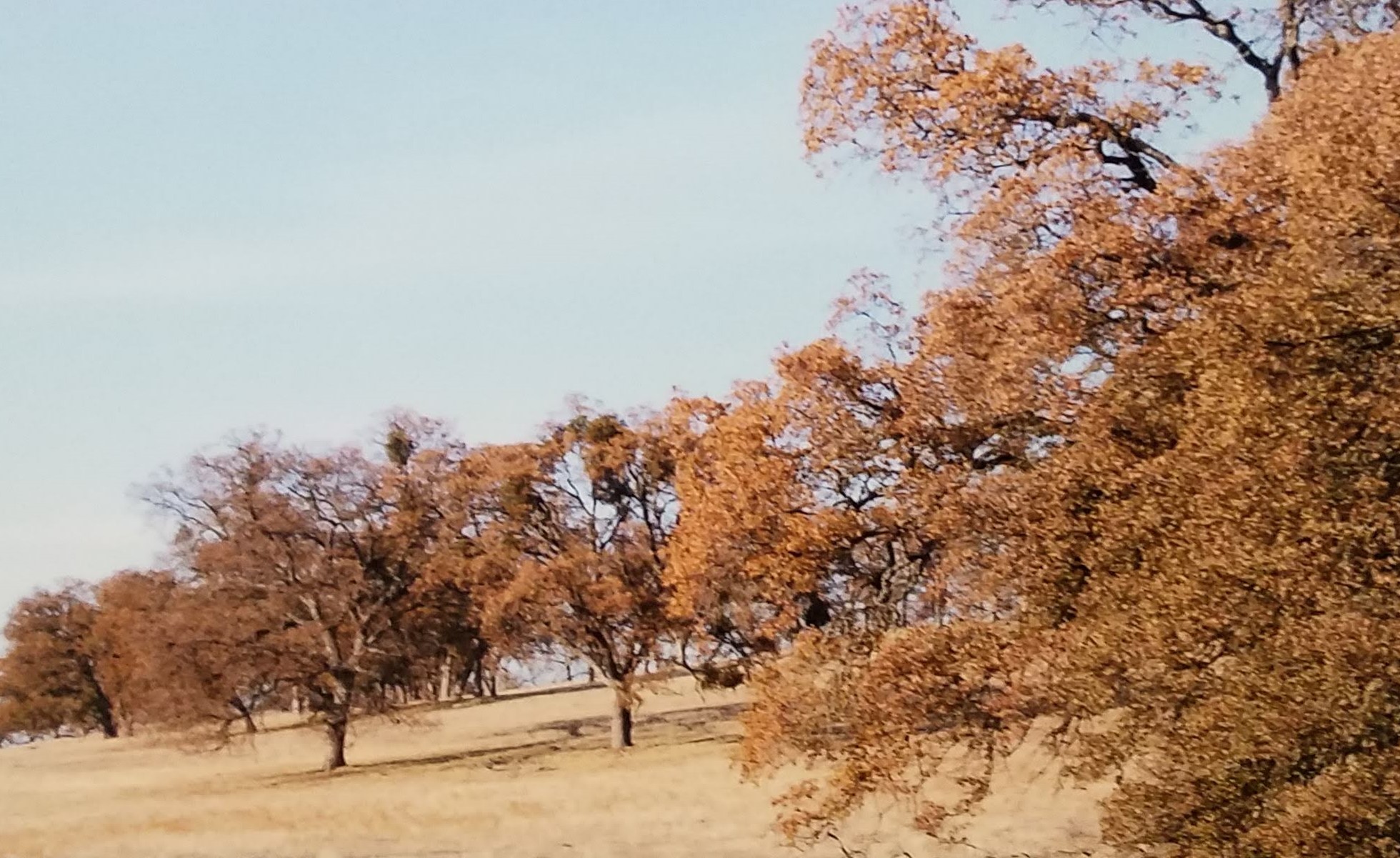 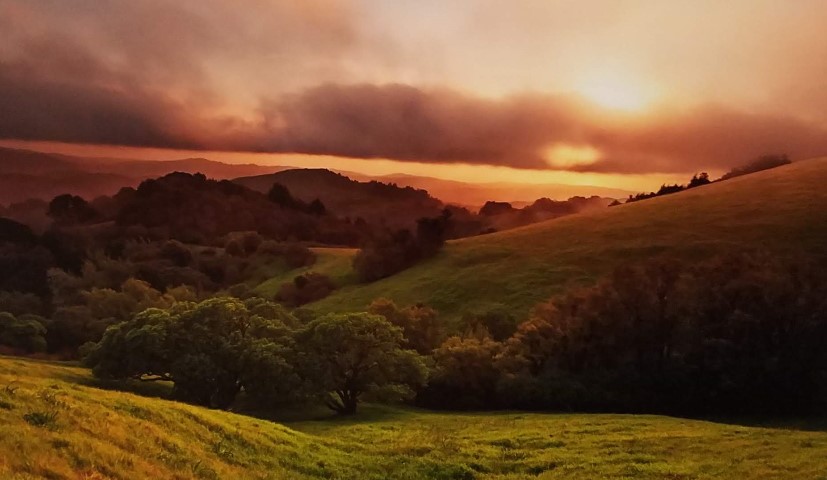 Continue the Tour in the Gold Country Room