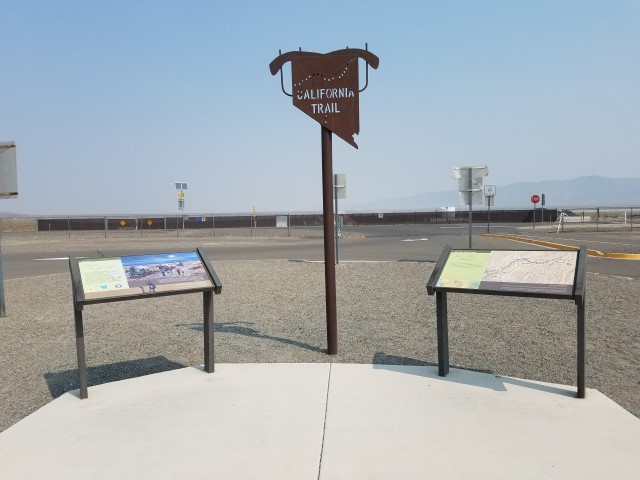 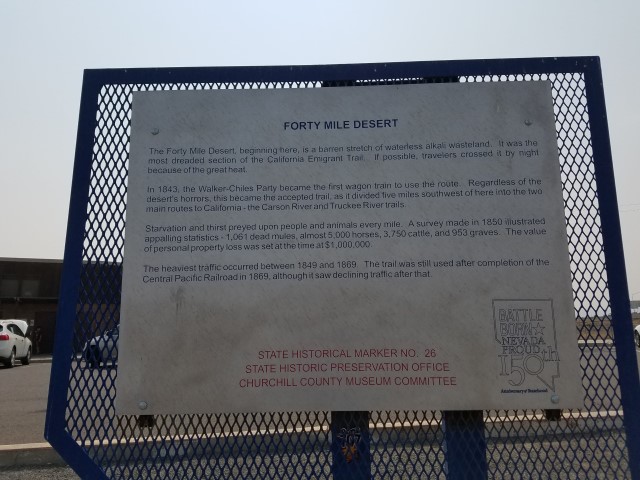 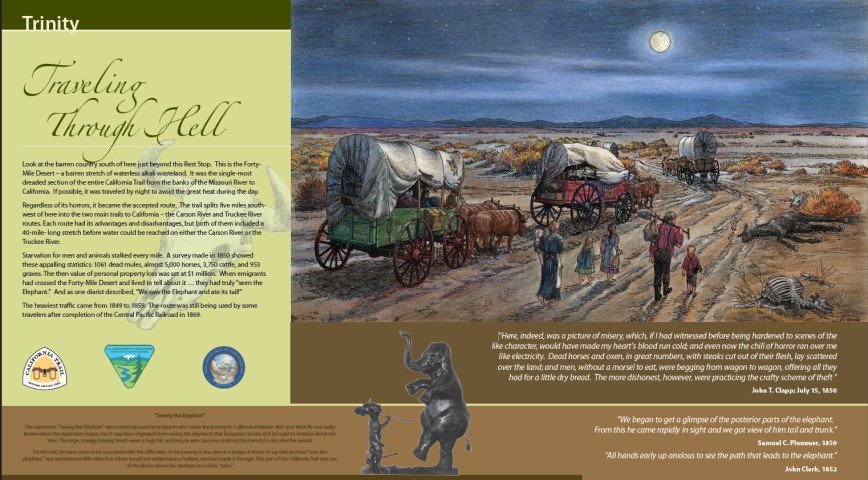 Look at the barren country south of here just beyond this Rest Stop. This is the Forty-Mile Desert – a barren stretch of waterless alkali wasteland. It was the single-most dreaded section of the entire California Trail from the banks of the Missouri River to California. If possible, it was traveled by night to avoid the great heat during the day.

Regardless of its horrors, it became the accepted route. The trail splits five miles southwest of here into the two main trails to California – the Carson River and Truckee River routes. Each route had its advantages and disadvantages, but both of them included a 40-mile- long stretch before water could be reached on either the Carson River or the Truckee River.

Starvation for men and animals stalked every mile. A survey made in 1850 showed these appalling statistics: 1061 dead mules, almost 5,000 horses, 3,750 cattle, and 953 graves. The then value of personal property loss was set at $1 million. When emigrants had crossed the Forty-Mile Desert and lived to tell about it … they had truly “seen the Elephant.” And as one diarist described, “We saw the Elephant and ate its tail!”

The heaviest traffic came from 1849 to 1859. The route was still being used by some travelers after completion of the Central Pacific Railroad in 1869. 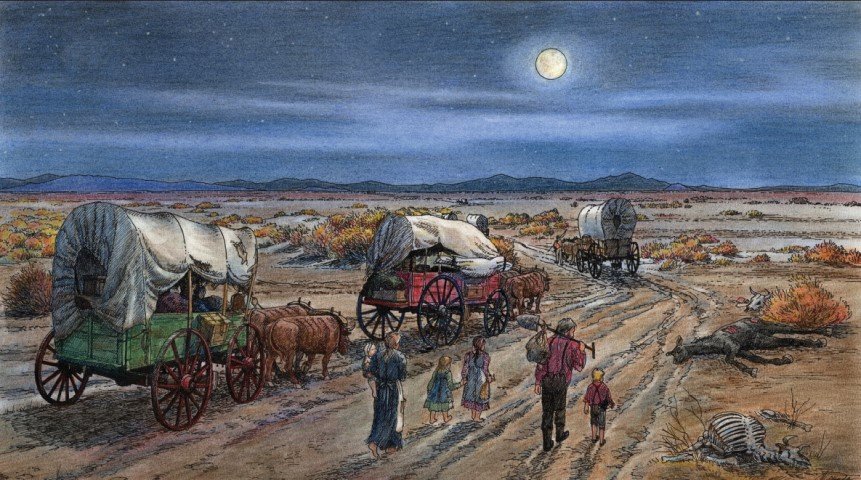 “Here, indeed, was a picture of misery, which, if I had witnessed before being hardened to scenes of the like character, would have made my heart’s blood run cold; and even now the chill of horror ran over me like electricity. Dead horses and oxen, in great numbers, with steaks cut out of their flesh, lay scattered over the land; and men, without a morsel to eat, were begging from wagon to wagon, offering all they had for a little dry bread. The more dishonest, however, were practicing the crafty scheme of theft” - John T. Clapp, July 15, 1850 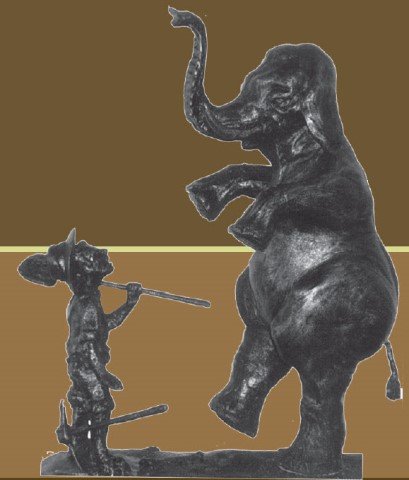 “Seeing the Elephant” - The expression “Seeing the Elephant” was commonly used by emigrants who made the journey to California between 1841 and 1869. No one really knows where the expression began, but it may have originated from seeing the elephants that European circuses first brought to America about this time. The large, strange looking beasts were a huge hit, and people who saw one could not find words to describe the animal. On the trail, the term came to be associated with the difficulties of the journey. It was almost a badge of honor to say that you had “seen the elephant,” had experienced difficulties that others would not understand or believe, and had made it through. This part of the California Trail was one of the places where the elephant was often “seen.”

“We began to get a glimpse of the posterior parts of the elephant. From this he came rapidly in sight and we got view of him tail and trunk.” - Samuel C. Plummer, 1850

“All hands early up anxious to see the path that leads to the elephant.” - John Clark, 1852