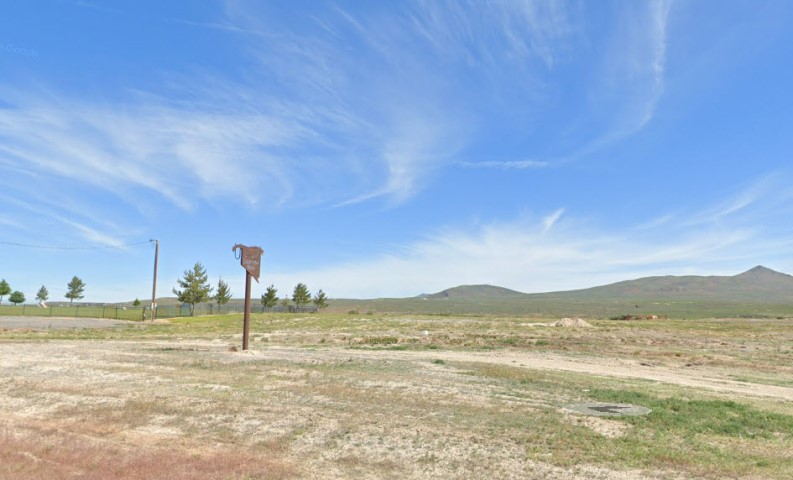 California Trail sign near the corner of 6th and 7th streets. The cemetery is on the left and the wayside exhibit is in the right distance. 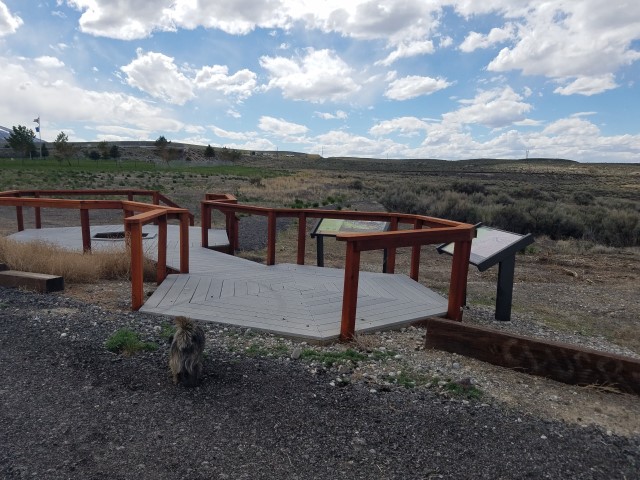 Platform for the exhibit 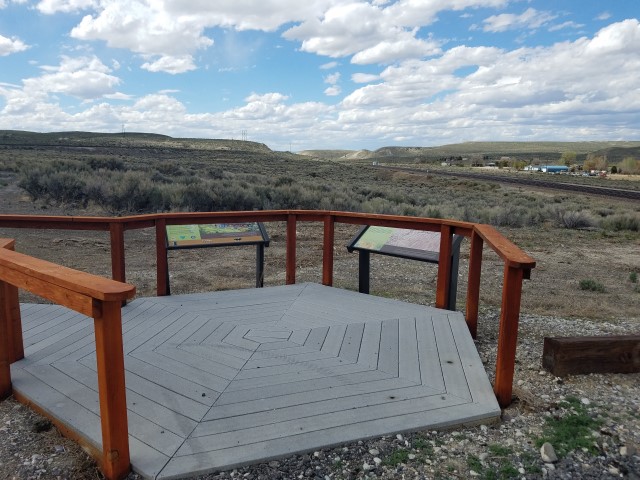 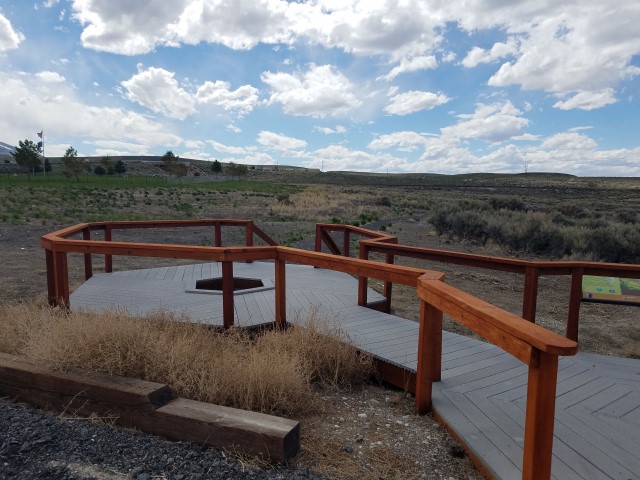 The platform descends some stairs to a trail 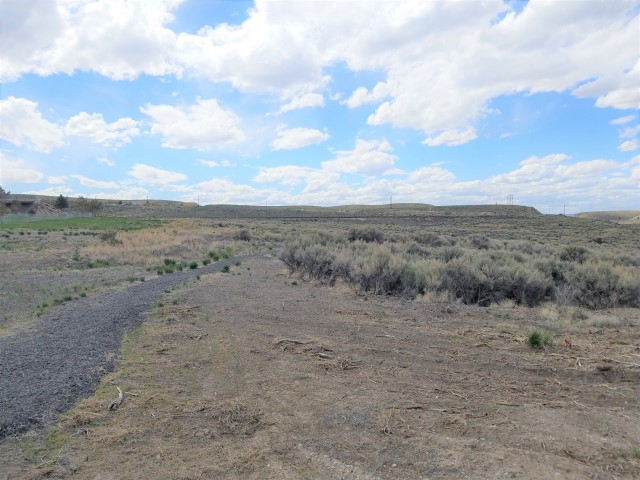 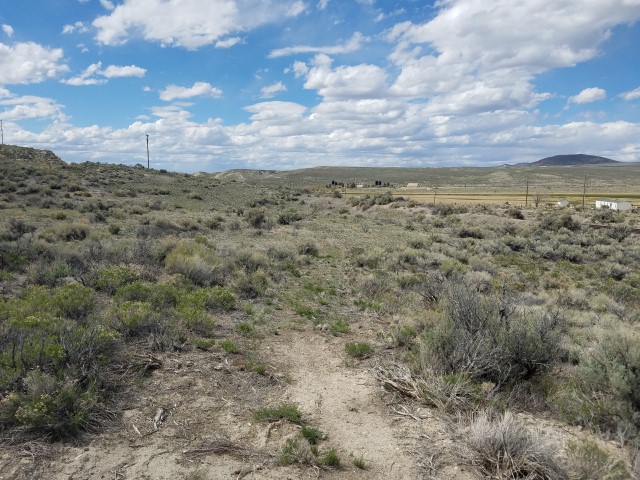 The viewpoint is on the next hill 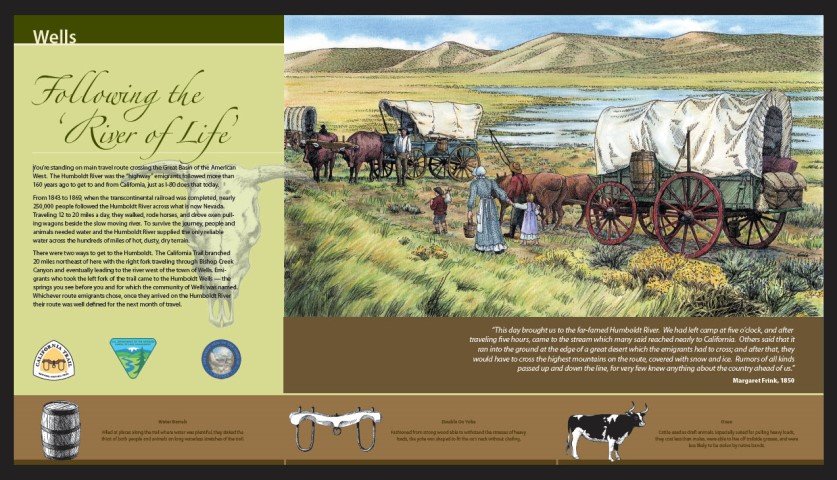 Following the River of Life

You’re standing on main travel route crossing the Great Basin of the American West. The Humboldt River was the “highway” emigrants followed more than 160 years ago to get to and from California, just as I-80 does that today.

From 1843 to 1869, when the transcontinental railroad was completed, nearly 250,000 people followed the Humboldt River across what is now Nevada. Traveling 12 to 20 miles a day, they walked, rode horses, and drove oxen pulling wagons beside the slow moving river. To survive the journey, people and animals needed water and the Humboldt River supplied the only reliable water across the hundreds of miles of hot, dusty, dry terrain.

There were two ways to get to the Humboldt. The California Trail branched 20 miles northeast of here with the right fork traveling through Bishop Creek Canyon and eventually leading to the river west of the town of Wells. Emigrants who took the left fork of the trail came to the Humboldt Wells — the springs you see before you and for which the community of Wells was named. Whichever route emigrants chose, once they arrived on the Humboldt River their route was well dened for the next month of travel. 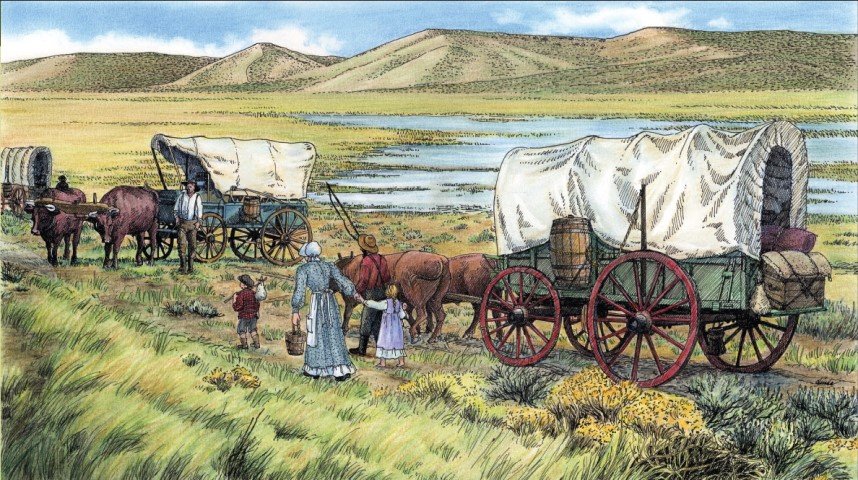 “This day brought us to the far-famed Humboldt River. We had left camp at five o’clock, and after traveling five hours, came to the stream which many said reached nearly to California. Others said that it ran into the ground at the edge of a great desert which the emigrants had to cross; and after that, they would have to cross the highest mountains on the route, covered with snow and ice. Rumors of all kinds passed up and down the line, for very few knew anything about the country ahead of us.” - Margaret Frink, July 23, 1850

Margaret's diary can be viewed on Hathitrust.